Ideologies from the crypt 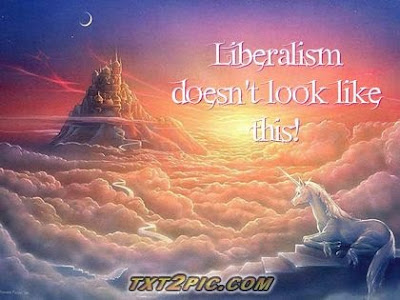 Roger Simon makes the case that liberalism is intellectually dead. He wisely points out, however, that this doesn’t mean there are no more liberals.

And when I say liberalism is dead, it does not mean that everybody knows or acknowledges this rigor mortis — or that it will act dead. Its adherents, especially the legions with a vested economic (unions, etc.) or social (Hollywood, media) interest, will never admit it. They will change the subject from economics so they don’t have to debate or examine concrete conditions. They will seek bailouts to push back any day of reckoning. To distract us and themselves, they will continue to insist the Tea Party movement is racist, even though that is a demonstrable lie, a form of nostalgia, and there are already black congressmen elected with the support of the movement. For those liberals, the truth is not important — preservation of self-image and lifestyle is.

Exactly so. Liberals, ideological zombies that they are, will continue to rampage, preaching class warfare, socialism and moral relativism until someone finds a way to fill their mouths with salt and sew their lips shut. And large numbers of voters, consisting of the congenitally feckless, stupid and bloody-minded, will continue to maintain them in elective office. The country (to borrow from Wodehouse, who was writing in an entirely different context) has gone “blue around the edges”, but those edges include some of our most populous states, and the Pelosis, Boxers and Franks are still capable of doing enormous damage – and let us not forget that the White House is still home to the Grand Panjandrum of statist overreach. The fact that we can no longer afford liberalism may not be enough, in the short term, to avert disaster. Much is riding on the conservative resurgence and its staying power, and on the Republican Party’s openness to becoming the primary vehicle for the genuine defense of those principles that have fueled the Tea Party movement.

We may be running short on time and opportunities, but I have great faith in the American ideal and in its resilience, and in the ultimate wisdom of my fellow citizens.

That's eggs in the coffee, pally.

Awarded the THE SPOT-ON QUOTE OF THE WEEK at:
The Camp Of The Saints.

Thanks for the link, Bob! Nice visual of yours truly, incidentally.