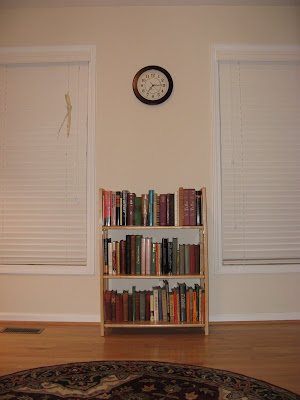 This may be my non-fiction recommendation of the year (and it’s only January!)

Laura Hillenbrand, author of the outstanding Seabiscuit, has recently published another book dealing with an unlikely hero. Unbroken is the story of Louis Zamperini, a phenomenal runner who set all kinds of high school and college records for the mile (as well as other distances), competed in the 1936 Olympics, and was in training for the 1940 games until they were abruptly cancelled (Tokyo was going to be the host city). He enlisted in the Army Air Forces (as it was called back in 1941), became a lieutenant who served as the bombardier on board a B-24 Liberator, and was shot down over the Pacific in 1943. He and the pilot, Russell Phillips, (another crew member who survived the crash died before the men were “rescued”) drifted in the Pacific for 46 days, tormented by hunger, thirst and the constant attention of sharks, and were finally drawing near to an island when they were picked up by a Japanese warship. Zamperini and Phillips were incarcerated in a couple of POW camps, where they were routinely beaten and tortured. Then they were transferred to an interrogation camp near Tokyo; that’s when things really got bad, as the camp was effectively run by its “disciplinary officer”, a psychopathic corporal of whom even his nominal superiors were afraid.

Unbroken is an intense and enthralling narrative of the indomitability of the human spirit. Zamperini - the son of immigrant Italian parents, a renegade who, as a child, was constantly in trouble at school and with the law - found his salvation through athletics, diverting his restless energy onto the running track. The same resolve he found deep within himself to break the cycle of his early troubles stood him in good stead not only at track meets, but during the difficult trials of AAF training and the unspeakable horrors of imprisonment by the Japanese. Zamperini survived it all, and is alive today (age 93).

The book has been superbly researched, and does an excellent job placing the man in the context of his times. And among many fine aspects of this history, too numerous to mention in a brief review, I would underscore the author’s description of the bombing of the island of Nauru by the AAF; it is one of the most thrilling narratives of air combat that I have ever read.

This book carries my highest recommendation. Incidentally, Laura Hillenbrand has shown great courage in her own struggle with chronic fatigue syndrome; see this Washington Post article for more on her and her new book.
Posted by Paco at 11:34 PM

wow, what an amazing story.

I can't imagine what they went through.

Excellent book. Hillenbrand is very good at putting the reader in the scene. I began to twitch whenever the Bird appeared.

I'll be getting that one for my son-in-law. Read about it early this week in Guideposts and thought it sounded like something we ALL ought to read. He's reading "Helmet For My Pillow" right now. His brother's a Marine.

Thanks for all the recommendations, Paco, you've never steered me wrong!

He is indeed alive and doing very well. Still mobile and his mind is sharp as a tack. He is living in the San Diego area, I believe.

PC: You can't go wrong with this one. A great writer writing about a fascinating character in wartime.