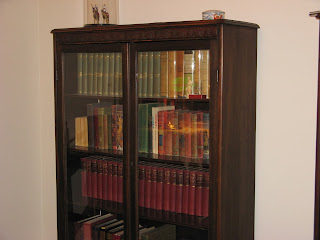 I am delighted to finally have the opportunity to write about a book published by someone I actually know. Marilyn Peck, an Australian artist and poet, and a long-time friend of Paco Enterprises, has written her first novel, The Dragon Bone Consortium. Part detective story, part international thriller and part treasure hunt, the book is a thumping good read, in which Marilyn picks up the threads of a real life mystery - the disappearance of the fossilized remains of Peking Man - and weaves a yarn about the ultimate recovery of the missing bones, and the price in human lives placed on their return to China by a violent and increasingly unbalanced emissary of the Chinese government.

In the 1920s, a series of excavations initiated at Dragon Bone Hill, near Beijing (f/k/a Peking), uncovered the 750,000-year-old remains of an early hominid, dubbed Peking Man. It was one of the most exciting paleontological finds in history; however, although casts were made of the bones, the original specimens vanished in 1941 during the Japanese invasion and occupation, and have never been recovered.

The novel opens 65 years later. An elderly Chinese couple, Harry and Jenny Han, own and operate a native plant nursery on the central coast of Queensland, Australia. One day, Harry stumbles across some strangers who are poking about a remote section of the property. He goes missing, and his wife suddenly makes a decision to sell the nursery at auction. Their grandchild, Suzy, who was raised by the Hans, is living in Sydney and is baffled by the news that her grandmother wants to sell the nursery. Her puzzlement turns to shock when she finds out that, after the auction has taken place (the property has mysteriously sold for much more than its appraised value), her grandmother has died. It is quickly discovered that she was murdered.

Thus begins a rapid-paced plot encompassing the search for Harry Han and his wife's murderer, the startling connection between Harry and Jenny and the Peking Man remains, and the fulfillment of a decades-old mission, all against the background of rival "treasure" hunters and their deadly machinations. There are several interesting sub-plots - the blossoming love affair between Suzy Han and Mike Kavafis, the manager of the nursery; the curious involvement of an American CIA operative; a corrupt local policeman's involvement in the illicit drug trade - that contribute to making this novel an enthralling page-turner. And ominously looming over all is the villainous Ho Ah-shek, an insanely ambitious agent of the Chinese government whose single-minded determination to acquire all the glory of returning the fossils to their original home places him at the epicenter of a storm of violence and murder.

The Dragon Bone Consortium is an auspicious beginning to Marilyn Peck's career as a novelist, and it has left me hungering for more. Highly recommended (and available through Amazon).

The fossils were being escorted to safety outside China (as people hoped) by a squad of US Marines in 1941, ten men, a sergeant, and a lieutenant, I think. They were overtaken by the Japanese starting the war before they could get out of China, and disappeared. I've never seen any account of what happened to them, so I assume they were killed by the Japanese Army and the fossils discarded. I've thought that their fate would make a good, if tragic and depressing, short story.

Fortunately for the science of Paleoanthropology, the scientist studying them in Beijing, Franz Weidenrich, made complete casts of the fossils and distributed them to other scientific institutions throughout the world, so at least those casts remain for study.

Since I've exceeded my budget for ebooks for this month, I put it on my Amazon wish list to order later. It sounds intriguing.

Ho Ah-shek is the second troublemaking ho I've encountered this week.
The other was involved in Jim Treacher's latest mishap - and an unfortunate place for a line break.