Never rains but it pours

Update: Will be offline the next few days due to the funeral. Many thanks for your expressions of sympathy. Jonah had a good suggestion: that maybe I could tell some Old Paco stories later on. I'll certainly try to do that.

My father, Old Paco, died peacefully in his sleep last night. He was a couple of months shy of his 90th birthday. He came in with Calvin Coolidge and he went out with Donald Trump. What a vast era of radical changes in this country is held between those two presidential bookends. God rest the soul of this lawman, entrepreneur, and beloved father.
Posted by Paco at 1:37 PM 16 comments:

Paco expresses his regrets for not having posted for several days, but he is currently laid out with a BAD case of the flu, which Mrs. Paco hopes not to get. He will try to resume regular programming in the very near future.

P.S. On the upside, he will be missing that dreadful meeting on Friday after all.
Posted by Paco at 9:24 PM 9 comments:

If you're a criminal, you probably shouldn't be publicly associating yourself with doughnuts. 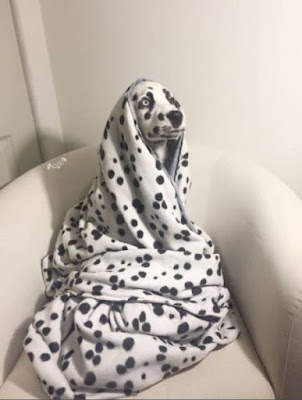 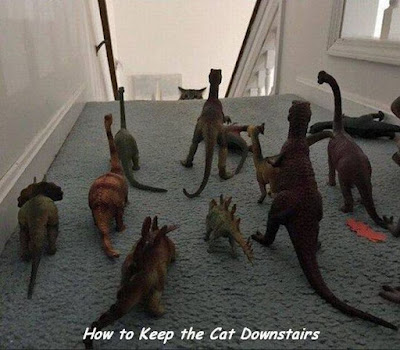 Sweet! I hope it lasts at least a week; there's a meeting I really don't want to have to attend next Friday.

The Democrat-spawned shutdown, which stems from the donks' intransigence on immigration and amnesty, strongly underscores the importance to Democrats of importing new voters. It's been said numerous times, but it needs to be said over and over again: when it comes to amnesty, the Democrats are not moved by compassion, but by simple arithmetic.
Posted by Paco at 1:49 PM 4 comments:

This would make an interesting watch fob

A big production number by Xavier Cugat from the movie, Neptune's Daughter.

What's that slogan the Washington Post is using these days?

Oh, yeah. "Democracy Dies in Darkness". Well, then, let's throw a little light on the subject, shall we?

Members of Congress, release the report.
Posted by Paco at 10:17 PM 2 comments:

Another fine article from my favorite conservative flamethrower

Kurt Schlichter trembles over the prospect of the government shutting down - trembles from sheer joy, that is:

Here’s the thing – most of Trump supporters aren’t takers – they’re makers. They’re the people the government flunkies come to with their palms up whenever some bureaucrat wants to spend a zillion bucks studying LGBT issues among Antarctic penguins or funding the NPR’s X-rated reenactments of the Nativity. How sad are Trump’s supporters going to be if the deal is, “We don’t hand over citizenship to a bunch of people who shouldn’t be here and everyone they’re related to down to their 29th cousin three times removed, and in return, we make the government stop spending money.”

There is literally no Trump voter who will say, “Why, that’s a terrible deal! If that happens, we don’t give amnesty and we don’t spend money!”

You, too, can look like William Tell in drag

Not that there's anything wrong with that: "Pretty dresses are no longer just for women".
Posted by Paco at 6:53 AM 2 comments:

At least the GOP got this done

Common Cents provides a list (and it's a long one) of companies that are increasing wages and offering bonuses due to the new tax bill.
Posted by Paco at 11:03 PM 1 comment:

I guess the best that can be said for the Clintons is that they don't discriminate between s**tholes and paradises when ripping countries off. So, they've got that going for them.

Update: Rinardman, in the comments - "The Clinton Foundation does claim to be a 'Global Initiative'. Which I think means 'We can say "graft" in over 100 languages.'"
Posted by Paco at 10:58 PM 4 comments:

Hey, every now and then a long shot comes in.

This probably isn't one of the lucky ones, but I'm pulling for these people: "New California declares 'independence' from rest of state".
Posted by Paco at 8:35 PM 2 comments:

Paco Enterprises is pulling its support of De Blasio as Democratic candidate for president and shifting it to this clownish poseur distinguished senator, Cory Booker

Trump's got even less reason for fearing a loss to the Booker Man. This inflamed a$$hole is obviously only one step away from assaulting someone - perhaps the guy who sold him on Hair Club for Men.

Update: Had to drop De Blasio, anyway, when I found out he is a white supremacist. Here he is giving the secret sign: 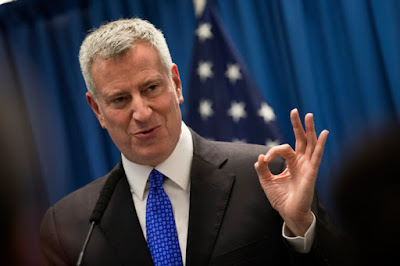 James Comey's sanctimonious Tweets are like boomerangs in the hands of an incompetent...

...they keep coming back and smacking him in the face.
Posted by Paco at 10:32 PM No comments:

I am green with envy!

Tim Blair earns the distinction of being labeled by Michael Mann as "one of the worst people in the world".
Posted by Paco at 10:42 AM 7 comments:

No, not at all. Paul Joseph Watson pretty much leaves nothing more to say about the s**thole controversy.

Fans of P.G. Wodehouse may recall that the Master occasionally placed this or that well-heeled character in an Hispano-Suiza. Here is a 1928 model, complete with tulipwood body (H/T: Seraphic Secret). 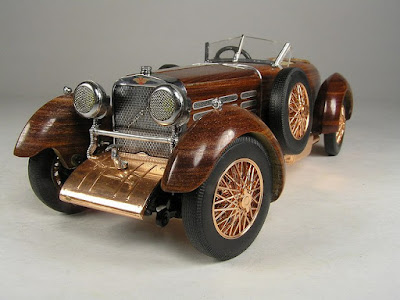 I assume this guy has Life-Lock. 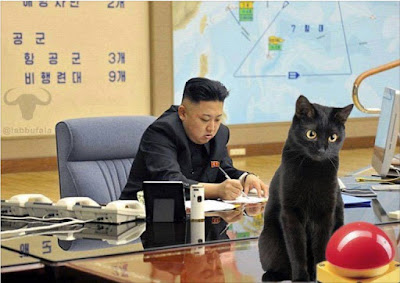 Looks like hostilities are about to break out with Canada (H/T: Mrs. Paco).

...but inarguably true: Haiti is a shithole. It's an island of shanty towns, many of whose people are without reliable electricity and running water. The government is corrupt and incompetent. Political instability has been the rule rather than the exception. If it wasn't a shithole, why would so many of its people flee to the United States?

This is not intended to be a reflection on Haitians, but on the undeniably low quality of life from which its people suffer. Democrats know the country's a shithole, even though that hasn't stopped some of them from trying to make a sleazy buck off this poverty-stricken, failed state.

As others have pointed out, what Trump says is never as bad as what his foes actually do.

Update: Actor James Woods gets it.
Posted by Paco at 7:54 PM 7 comments:

I'd pay to see that

I'd love to see an encounter like that. The vision of this Clinton bag man lying face-down on the ground with a Secret Service agent's knee planted in the small of his back makes me feel warm all over.
Posted by Paco at 7:31 PM 4 comments:

I posted the original YouTube clip some time ago, but this guy does a hilarious video fisking (language alert). H/T: Ace of Spades.


Hey, don't laugh; this is science: "With ingestible pill, you can track fart development in real time on your phone".

Personally, I think it's simpler to just look at a thermometer, but I guess if you don't have one, this will do (in temperate to hot weather, anyway): "Predict temperature with cricket chirps". (H/T: Mrs. Paco)

Human Abedin and Anthony Weiner have called off their divorce. Ain't love grand? Or could it be they've been influenced by the fact that spouses can't be compelled to testify against each other?

Obama's proposed Temple for the Perpetual Worship of Himself is not popular in Chicago.

We conservatives always knew this, of course, but it's good to hear the leftists (probably inadvertently) admit it: "DEMS ADMIT THEY NEED ILLEGALS FOR THEIR VOTES".

Guest blogger Jack Willington over at Black Man With a Gun has some interesting background on Project Appleseed.
Posted by Paco at 9:06 PM 4 comments:

Government is a dangerous servant and a fearful master

George Washington may or may not have uttered the above observation often attributed to him, but there is little doubt that the sentiment would have met with his approbation.

And here is yet more evidence for the truth of the statement: "Another example of why the feds need to be leashed".
Posted by Paco at 7:21 PM 2 comments:

...the next president of the United States, Oprah Winfrey! 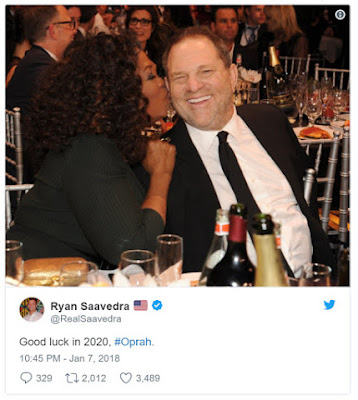 How cold is it?

It's so cold, it's snowing in the Sahara Desert.

Update - Meanwhile, in Australia: "Flying foxes fall from sky after being ‘boiled alive’ in heatwave".
Posted by Paco at 9:47 PM 3 comments:

I think I may have found my retirement "job": the inflatable Irish pub.

Via Powerline's "The Week in Pictures": 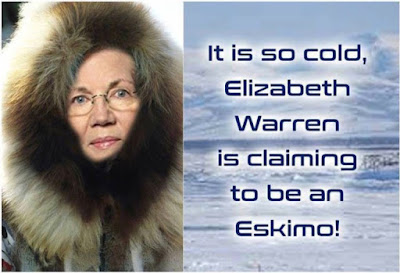 I admit, I haven't been to a wedding in many years; but still, it's hard to imagine they've changed this much... 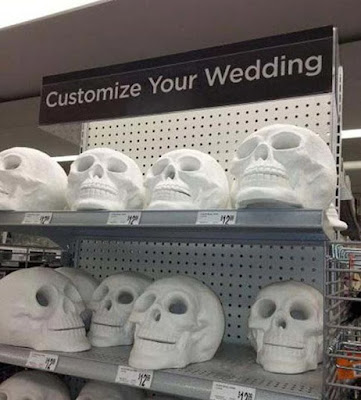 New Year's reading list. If you own a cat, you might want to start on this one right away... 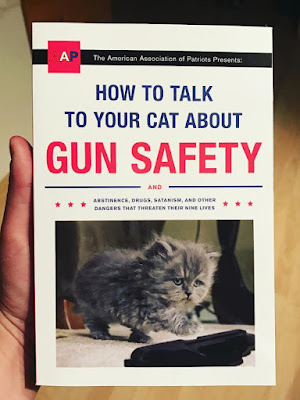 Well, back to work on Monday

"One Mega Millions ticket holder in Florida is the winner of the $450 million jackpot prize."
Posted by Paco at 3:26 PM 2 comments:

Folks, it's time to stay inside: "Mount Washington Observatory said the wind chill at New Hampshire's Mount Washington summit could hit minus 100 at some point Saturday. It tied for the second coldest place in the world Saturday morning."

Fairfax, Va isn't that cold, but it's been down in the single digits, and at that point my internal thermometer just reads too cold for comfort. You know we're talking epic deep freeze when frozen iguanas start turning up in Miami.
Posted by Paco at 3:22 PM 6 comments:

Of course! “It’s bitter cold in parts of the US, but climate scientist Dr. Michael Mann explains that’s exactly what we should expect from the climate crisis”.

What a combo! Slim Gaillard, Charlie Parker and Dizzy Gillespie get together on the "Dizzy Boogie". 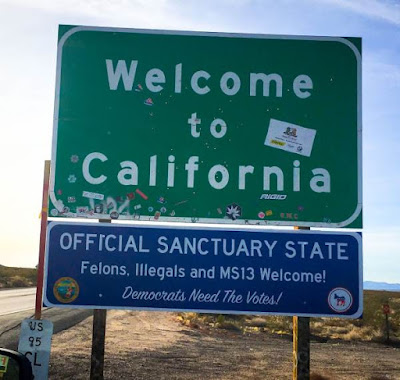 Update: More California dreamin'. Maybe you gun owners were looking forward to dulling the edge of the state's new restrictions on gun rights - notably, that you now have to pass a background check to buy ammunition - by availing yourself of the right to smoke pot. Not so fast: better read the fine print on line e. of ATF Form 4473.
Posted by Paco at 6:57 AM 3 comments: 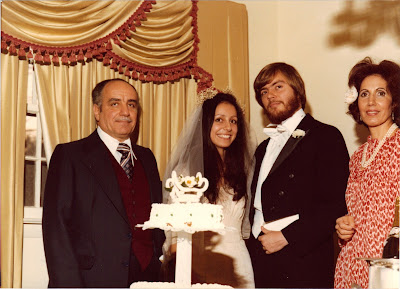 Today is our 40th wedding anniversary, and we're doing what many people our age do to mark the day: we're cleaning out closets in anticipation of moving to our retirement home. Almost as torrid as a Harlequin romance, I know, but absolutely true.

The photo features the newly minted Mrs. Paco and me, flanked by her parents, at the reception held in my mother's house. Later on, we piled into a 1964 Chevy Biscayne and began the long trek into the Blue Ridge mountains for our honeymoon - and came damn near freezing because the guys who changed the oil in our car did fine on draining the old oil but forgot to put in new oil. Late at night, in the middle of nowhere, the engine began suffering extreme fatigue and we were chugging up a mountain at a maximum speed of 5 miles an hour. If we had broken down I'm afraid we'd have succumbed to the icy temperatures; however, I finally spotted a little convenience store and was able to purchase several cans of Pennzoil, which saved what was left of the day. Then we got to the resort where we had rented a cabin and found out that we couldn't check in until the next day.

An inauspicious start, fraught with setbacks. But we stuck it out, and here we are, 40 years later, still spliced. Ain't love grand?
Posted by Paco at 1:43 PM 16 comments: 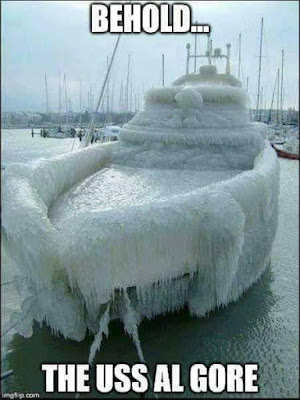 The shade of Walter Duranty

Apparently the old boy's ghost is still haunting the NYT, and providing editorial advice: "NYT Plays Defense For Iranian Mullahs".
Posted by Paco at 9:35 AM No comments:

"Police dog gets fired for being too nice, finds even better job instead".
Posted by Paco at 10:32 PM No comments: