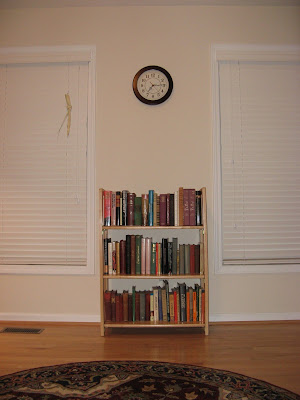 Tom Wolfe is not just a reporter; he is practically the curator of the American cultural museum, an invaluable guide to the gaudy artifacts and strange customs of our nation, and the reigning expert on those two decades of national schizophrenia, the 1960’s and the 1970’s. Even if you haven’t read Wolfe, you’ve probably had occasion to borrow from his lexicon: “radical chic”, the “Me Decade”, the “right stuff.” And if you’ve been fortunate enough to have drunk deeply of his heady wine, then you know that he is one of only a handful of literary stylists who have not only documented, but helped to shape, the American scene.

The Purple Decades collects some of his finest writing between the covers of one generous book, and serves as an excellent introduction to Wolfe’s style and to a period of American history that was turbulent, tragic, farcical, enthralling and, ultimately, exhausting. Through it all, however, the author maintains his love for this dynamic and sometimes crazy country of ours, and never fails to cut through the fog of buncombe and fraud generated by our unintelligentsia.

From The Right Stuff, here is a sampler of his admiring piece on Chuck Yeager:

“Yeager had started out as the equivalent, in the Second World War, of the legendary Frank Luke of the 27th Aero Squadron in the First. Which is to say, he was a boondocker, the boy from the back country, with only a high-school education, no credentials, no cachet or polish of any sort, who took off the feed-store overalls and put on a uniform and climbed into an airplane and lit up the skies over Europe…In his first eight missions, at the age of twenty, Yeager shot down two German fighters. On his ninth he was shot down over German-occupied French territory, suffering flak wounds; he bailed out, was picked up by the French underground, which smuggled him across the Pyrenees into Spain disguised as a peasant. In Spain he was jailed briefly, then released, whereupon he made it back to England and returned to combat during the Allied invasion of France. On October 12, 1944, Yeager took on and shot down five German fighter planes in succession. On November 6, flying a propeller-driven P-51 Mustang, he shot down one of the new jet fighters the Germans had developed, the Messerschmitt-262, and damaged two more, and on November 20he shot down four FW-190s. It was a true Frank Luke-style display of warrior fury and personal prowess. By the end of the war he had thirteen and a half kills. He was twenty-two years old.”


In These Radical Chic Evenings - the essay that hilariously shredded the revolutionary pretentiousness of the New York elite – composer Leonard Bernstein hosts one of the most surreal parties of all time:

“But she is not alone in her thrill as the Black Panthers come trucking on in, into Lenny’s house, Robert Bay, Don Cox the Panthers’ Field Marshal from Oakland, Henry Miller the Harlem Panther defense captain, the Panther women – Christ, if the Panthers don’t know how to get it all together, as they say, the tight pants, the tight black turtlenecks, the leather coats, Cuban shades, Afros. But real Afros, not the ones that have been shaped and trimmed like a topiary hedge and sprayed until they have a sheen like acrylic wall-to-wall – but like funky, natural, scraggly…wild…These are no civil-rights Negroes wearing gray suits three sizes too big - no more interminable Urban League banquets in hotel ballrooms where they try to alternate blacks and whites around the tables as if they were stringing Arapaho beads - these are real men!”

The book abounds with Wolfe’s own illustrations, frequently captioned – like the picture of the two ageing joggers accompanied by “The Joggers’ Prayer”:

“Almighty God, as we sail with pure aerobic grace and striped orthotic feet past the blind portals of our fellow citizens, past their chuck-roast lives and their necrotic cardiovascular systems and rusting hips and slipped discs and desiccated lungs, past their implacable inertia and inability to persevere and rise above the fully pensioned world they live in and to push themselves to the limits of their capacity and achieve the White Moment of slipping through the Wall, borne aloft on one’s Third Wind, past their Cruisomatic cars and upholstered lawn mowers and their gummy-sweet children already at work like little fat factories producing arterial plaque, the more quickly to join their parents in their joyless bucket-seat landau ride toward the grave – help us, dear Lord, we beseech thee, as we sail past this cold-lard desolation, to be big about it.”

With Tom Wolfe you get it all: laughter, information, understanding.
Posted by Paco at 6:37 AM

My ol man has a list of books he wants for Christmas. I already got him one of your recommendations, but I think I'll have to find this one, too.

He'll get over his disappointment.

I really enjoyed Bonfire of the Vanities - one of the best books I have ever read. Saw and enjoyed the film of The Right Stuff but haven't read the book.
Yeager's autobiography was rivetting stuff, not for the writing but the amount of experience he had to relate!
Had such a hard time getting into A Man In Full, but am assured that it is worth persevering with.

As I said to Andrea Harris, if you haven't read From Bauhaus to our House or The Painted Word, you've really got something worth anticipating.

Ryan: Very true! Both books are informative and loads of fun.