Born in Italy, Alida Valli was a well-known actress in her homeland before coming to the U.S. She gave a riveting performance as the manipulative and passionate murder defendant in Alfred Hitcock’s The Paradine Case (1947), and portrayed a mysterious Czech woman hunted by the Russians in the post-war classic set in Berlin, The Third Man (1949). She returned to Europe in the early ‘50’s and continued her acting career, appearing in her final film in 2002. 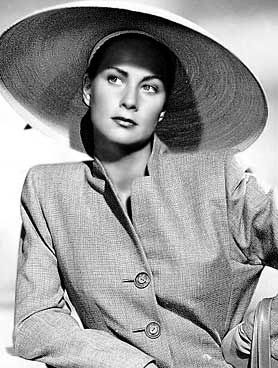 Michele Morgan was born in France and became one of the country’s leading actresses, but left France for Hollywood when the Germans invaded in 1940. Her best-known American film is probably Joan of Paris (1942), and she was excellent, as well, in the 1948 movie, The Fallen Idol (based on a Graham Greene story). 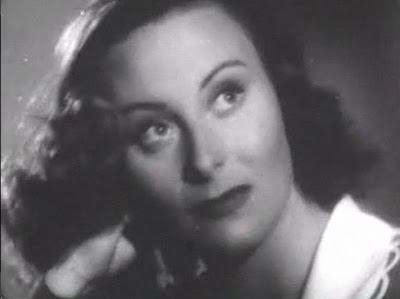 It has been said that Ginger Rogers did everything Fred Astaire did, except backwards and in high heels. Not only a wonderful dancer, she was a fine actress, too, and won an Academy Award for Best Actress for her performance in the 1940 film, Kitty Foyle. Added bonus: she was a lifelong and unabashed Republican. 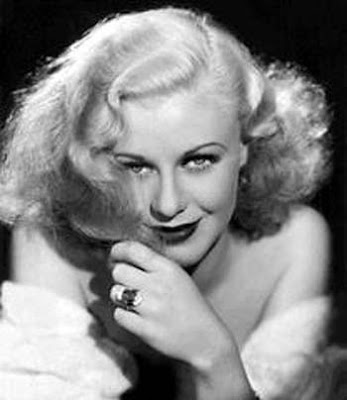 And since she'll always be remembered primarily for her great dance routines with Fred Astaire, here's a clip from Swing Time.

I got another one here for you.

Top photo of Alida Valli -- gorgeous. Love the hat, too.

Yeah, for a minute I wasn't sure whether that was a hat or a parachute. With or without a hat, she was certainly a stunner.