Laura Tyson: Looks Like the Economy Needs Another Jolt 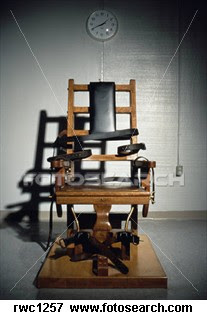 Apparently not content to load the economy down with just one stimulus bill (and, by the way, guess where most of that money’s going), some Democrats are arguing that we need another one. This is on top of the cap-and trade abomination and the proposed Longevity Abatement Act (known informally as ObamaCare).

Let me ask you this, Democrats: once you’ve squeezed every last dime you can out of the taxpayers, without actually forcing them to pick through dumpsters for food (and I concede that you might even be willing to lower that threshold), where is the money going to come from to fund all the items on your wish list? Just exactly how is the private economy going to generate the kind of wealth necessary to support the unprecedented levels of government spending that you anticipate, when individuals and companies are crushed beneath high taxes, inflation, sky-rocketing interest rates, federally-mandated expenses for health care and reductions in greenhouse gas emissions, etc., etc., ad infinitum? And how can individuals and companies plan for the future when it is clouded by cronyism, corruption, intimidation and arbitrariness? Do you really think Zimbabwe is an acceptable template for good government?

Frankly, it becomes increasingly difficult to argue with the contention that the Democratic Party is a criminal enterprise.

Update: And for those of you who think that the rich can always be depended on to defend capitalism against dangerous encroachments by government, I give you Warren Buffet, who thinks a second stimulus bill might make sense. Behold his crystal clear logic, delivered in elegant prose: " ‘Our first stimulus bill ... was sort of like taking half a tablet of Viagra and having also a bunch of candy mixed in ... as if everybody was putting in enough for their own constituents,’ he said. ‘It doesn't have really quite the wall that might have been anticipated there.’”
Posted by Paco at 6:57 PM

Recent estimates are that only about seven percent of the stimulus money has been spent. A bit too soon to conclude another is needed.

The "Democratic" party has been a criminal enterprise since Aaron Burr staged its first insurrection...

It is inconceivable that anyone in
Washington could be considering a
second stimulus. The first one has
has only distributed 7% of $787 billion and most of those funds have gone to state counties that
helped elect Pres. Obama to office. Isn't American politics
wonderful?

What we're seeing now is a kind of madness that has seized the Democratic Party (not that Republicans are immune), a madness much like the feeding frenzy of sharks. We need to make a clean sweep in 2010, and another one in 2012.