Cracks in the Road to Serfdom 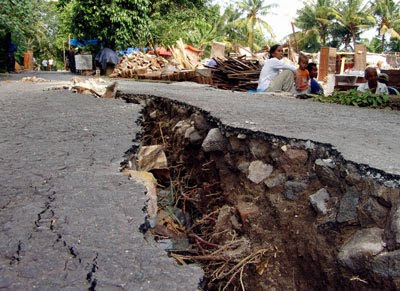 Two articles from The American Spectator highlight the huge miscalculations made by President Obama and the Democratic leadership in congress concerning the meaning of the 2008 election.

First, William Tucker writes about the almost total disconnect between the present government and the majority of voters:

[Obama] comes from a liberal tradition that doesn't even understand conservatism but thinks of it as a bunch of country yahoos, anti-abortion fanatics and fat capitalists trying to hang on to their bank accounts. His advisors believe the same, not to mention the panoply of cheerleading bloggers and newspaper columnists. All this is going to make it difficult for liberals to accept the idea that they have squandered their "once-in-a-generation" chance to impose a socialist agenda.

Tucker goes on to predict a Republican blowout in the mid-terms.

Andrew Cline is “thankful for Obama”, seeing “a monumental collapse in public support for the president and his party”; he joins Tucker in noting the amazing – and ultimately self-defeating – arrogance of the Obamacrats:

A stridently liberal president, House speaker, and Senate majority leader governing a substantially conservative nation must tread lightly. Obama, Nancy Pelosi and Harry Reid are stomping -- with their fingers plugging their ears to keep out the screams of the opposition that comprises a majority of the country but a minority of Congress.

Mistaking the country's well-earned dissatisfaction with George W. Bush and momentary infatuation with Obama for an ideological realignment of historical proportions, Democrats in Washington dashed giddily forward with an unprecedented spree of deficit spending, economic meddling, entitlement expansion, and controlling regulation. The people they expected to greet them with cheers have recoiled in horror, or at least stopped in cold amazement.

Come 2010, Americans will know (as long as Republicans don't botch it) that they are choosing between the party that wants to remake America in the image of a European welfare state and the one that wants to expand freedom.

That parenthetical proviso, I regret to say, is key: “As long as Republicans don’t botch it.” Our message to the leadership should be clear: no “me-too” candidates, no Obama knock-offs.
Posted by Paco at 5:20 PM

Yep. A clear choice would be nice.

The Republicans not botching it would be wonderful. But at this horrific point, AnyBody But Obama And His Democratic Congress is a viable option.

"Cambridge Women's Studies Dean Bariki Obimi is a form supporter of women's right to choose and understands the urgent need for more stringent environmental regulation and medical/economic justice in this great nation of ours. She represents the true future of the Republican Party, and as soon as her male life partner returns from his self-imposed protest exile in Palestine, we hope to make this outstanding candidate available to the press...