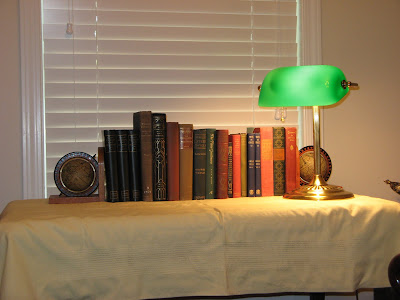 Scottish-born author Bruce Marshall was trained as an accountant and also served with distinction in both world wars. He wrote books ranging from comic fiction to espionage novels, and a fascinating biography of Wing Commander F.F.E. Yeo-Thomas and his exploits working with the Resistance in WWII (The White Rabbit, highlighted in a previous “Shelves” post). On a couple of occasions he turned his experience in accountancy to literary use, most notably in The Accounting, an enthralling novel about a British accounting firm auditing a French bank and stumbling across a fraud scheme.

Today, however, I wanted to focus on two of my favorites, the first of which is Father Malachy’s Miracle. It is the tale of a devout and innocent Catholic priest who is perturbed by the goings on at the Garden of Eden, a local dance hall. During an argument with a Protestant minister on the subject of miracles, Father Malachy claims that God can even move the dance hall – and that He will, indeed, do so. The miracle does occur, and the Garden of Eden winds up being transported to an island off the coast. This incident leads to confusion and a considerable amount of chagrin, not least for the Catholic Church, which is unwilling to accept that this act is, in fact, a miracle. Pilgrims begin descending on the original site of the dance hall, creating a carnival atmosphere, and pestering the reclusive Father Malachy relentlessly. Abashed by all of the attention, the priest prays to God to return the dance hall from whence it came, God, once again, granting Father Malachy’s request. It is an amusing object lesson in being careful what you wish – or pray – for.

The other novel is the cold-war classic, Vespers in Vienna. Published in 1947, the book deals with British Colonel Michael “Hooky” Nicobar, who has received the unpleasant assignment of assisting in the repatriation of displaced Soviet citizens to the Motherland. He becomes deeply involved in the case of a ballerina who is desperately trying to avoid being returned to Russia. The crusty, by-the-book colonel, as he discovers the horrible truth about the likely fate of most of the returnees, is conflicted between duty and his own moral sense; however, he is helped in this internal struggle (initially against his will) by the Mother Superior of a local convent. The book, incidentally, was ultimately made into one of the better cold-war movies: The Red Danube (1949), starring Walter Pidgeon, Ethel Barrymore, and the young (and very fetching) Janet Leigh in the role of the ballerina.
Posted by Paco at 10:32 PM

Too bad that accounting firm wasn't around in the last two decades when the Clinton/UN "humanitarian" program allowed a French bank(BNP Paribas I think) to ably assist Saddam Hussein in sucking all that money into new palaces instead of where it was origninally intended.