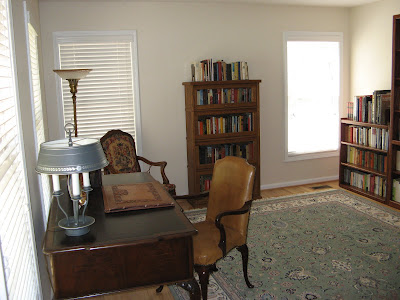 The Good Shepherd, by C.S. Forrester, is a tribute to the courage of those men who escorted the supply convoys across the North Atlantic in the early years of WWII. The author takes us immediately to the bridge of the Keeling, an American destroyer under the leadership of Commander Krause, and within the first ten pages we are given a close-up view of the enormous responsibility borne by an escort commander, who faced not only the ever-present threat of German U-boat activity, but the timeless dangers associated with traversing the North Atlantic during winter gales. The story deals, on one level, with the running battle that the escort wages against a U-boat pack in the final days before the arrival of its convoy in England, and on a more subtle level, with the internal struggles that every man faces when charged with extraordinary responsibilities that test his physical, mental and moral capacities to the uttermost. It is a compelling story of men striving to do their duty in circumstances that most of us can only imagine; however, Forrester does a magnificent job in assisting our imaginations with his watch-by-watch account of this nautical dance of death.

In Nevil Shute’s Pied Piper, we see quite another side of the war: the quiet determination and pluck of septuagenarian John Sidney Howard, who has had the misfortune of taking his holiday in France as the Germans begin their blitzkrieg. As the Germans invade Belgium and then Holland, Howard decides to return home. A chance acquaintance - a rather foolish, but brave, optimist who is employed by the League of Nations and has decided to remain on the Continent with his wife to carry on his work - asks Howard to take his children back to England. Howard is not at all convinced that he is suited to the job, but, moved by the man’s desperation, he agrees. Thus begins a remarkable journey, as Howard makes for the coast, against the backdrop of the increasing German menace, and then, finally, the shock of the sudden fall of France. Along the way, he winds up being saddled with several more children, but he struggles manfully – and, one suspects, joyfully, having found a purpose in life after being rejected back home in England for any kind of war-related employment whatsoever. Eventually he reaches the coast, and makes a deal with a local fisherman to carry him and his charges to England, when his luck seems to run out after being brought in for questioning by a German officer. There is no longer any question of his hiding the fact that he is now an enemy non-combatant, and he seems destined for an internment camp – when his good fortune strikes one final time, in the unlikely form of a Gestapo officer who wants Howard to do him a very great, but very secret, personal favor. This is a marvelous escape yarn, but also much more than that; it is a generational tale showing the sometimes comical relationship between the old and the young, and above all, it is the noble story of a man unhesitatingly and almost instinctively performing a moral duty, heedless of the risks to himself. Pied Piper is an excellent showcase for the narrative talent of a wonderful Australian author.
Posted by Paco at 10:15 PM

Paco,
Anything in these that would be inappropriate for a 12 year-old?

No, not that I recall.

cris -- The 12 year old should read "The Good Shepherd" on a regular basis. It is as good an internal study of a leader and a responsible, moral human being I have read in many a year.

I just tried to read The Good Shepherd and while its good, I just can't get into modern shipping stories like I can the age of sail. Give me Hornblower any day.

Glad to see Neville Shute getting an airing. He's sadly neglected now but in his day was deservedly one of the most popular authors. My particular favourite is 'A Town Like Alice' which is remarkable for its attitude towards the Japanese only a few years after the war.

cac: That is the first of Shute's books that I read; picked it out of the sales bin at the library. I was absolutely hooked from the first few pages. I also highly recommend that one.

christopher taylor... jolly good, old chap! Nothing like taking a stand against the 'rude mechanicals'! In the finest tradition of Her Majesty's Navy!

Seconding Richard McEnroe's praise for The Good Shepherd. I read that when I was in junior high school, if I remember correctly, after inhaling the Hornblower series. Great stuff. I don't think Forester was capable of writing a dull word if he tried.

Wombat: You're right about that. The book really makes you feel like you're standing there in the cold, semi-darkness next to the commander, listening to the sonar pings, sweating out the decisions, hoping they're the right ones.

Another great novel of the war at sea is "The Cruel Sea" by Nicholas Monserrat. It follows the experience of a corvette, HMS Compass Rose, in the war, especially the Captain and the First Lieutenant. There is a superb word picture of the remains of a sunk ship at the end of the chapter on 1942. An officer, Lockhart, looks out at dawn over the pitiful remnants of his ship, the wretched flotsam, and the horrible fringe of bobbing corpses around the few survivors on their rafts. '"The picture of the year," thought Lockhart, "Morning, with corpses."'

Nevil Shute is also good. Two of his that I especially liked were "No Highway" (which was made into a movie starring Jimmy Stewart) and "Ruined City". The first is about research in Aeronautical Engineering and the second is about a banker perpetrating a fraud in order to revive and bring employment to a city in Northern England ruined by the Depression. There is a scene in it where the banker stares at a closed Woolworths and realizes then just how impoverished the place is, it cannot even afford to support a five-and-dime store. The plot has some features Nevil Shute experienced trying to run an aircraft company (Airstream) during the 1930s. His autobiography, "Slide Rule" by Nevil Shute Norway, is very interesting too.

Happy New Year to all, and to all a good night.