Big Frog in a Big Pond

Via the ever-vigilant Smitty at The Other McCain comes the ominous news that Michael Moore has offered his services to the White House.

That’s right, Michael Moore is volunteering to replace Rahm Emanuel as Obama’s chief of staff. At this time of soaring deficits, it is hard to imagine anything more ridiculous. Moore’s food bills alone would dwarf the expenditures of my own federal agency, and just think of the additional congestion on the roads and highways leading into Washington as those convoys of snack-food trucks clog I-95 and I-66.

Lest you think this is something to be laughed off as mere whimsy on the part of Moore, note the photographic evidence – acquired at a site near the White House - that his offer is being taken seriously: 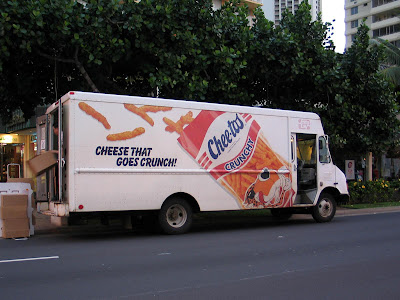 Even worse: what if Moore and Emanuel team up?
Posted by Paco at 11:24 AM

"Big" frog is right, but it's more like a cesspool, not a pond.

And Moore will strip all of the donuts and other pastries out of the Beltway every morning, Paco. Better pick up your morning fat pill before boarding the train, less you are attacked by White House staff out on a foraging mission.

This could solve all our problems. The sheer mass of Obie's narcissism combined with the sheer mass of Moore's mass could combine to form a short-lived black hole that would consume the entire administration...

Hmmm. Hadn't thought of that. I'd be obliged if you could work out the math so I'll know how long to stay home that day.

Shakespeare himself couldn't find the words to describe the ridiculousness that is Michael Moore.

I believe that's Shakespeare, and I'd love to say it to Tubby while poking him in the belly with a bodkin (whatever a bodkin is).

"Then we will put on our jogging sweats and run up to Capitol Hill."

The ads following this diatribe @ Puffy Toast suggest that Mr Moore is the author of three book on Medicinal Plants in the western USA.

(courtesy of the Shakespearean Insulter)
http://www.pangloss.com/seidel/Shaker/index.html?