Only One in a Long Line

The perceptive Smitty of The Other McCain reminds us that Obama is simply the most visible (and, indeed, overexposed) face of contemporary American leftism. The ideology of Big Government is a hydra-headed monster, and it has been with us a long time, accumulating, through thousands of incremental steps, a vast amount of power, much of it woven so craftily into the fabric of society that people cannot even see the pattern.

All of which underscores the importance of the elections later this year, and in 2012. It was understandable that voters - disenchanted with Bush, disgusted by Republicans who ditched their principles in return for taxpayer spoils, panicked by the economic meltdown - put the Democrats in charge of both the executive and legislative branches of government in 2008. Understandable, but hardly justifiable. Heaving "moderate" democrats into elective office in order to punish Republicans, voters overlooked the possibility - the near certainty - that their centrist campaign rhetoric, their ostensible seriousness about fiscal responsibility, transparency in government, and ethics - would run into the ideological intransigence and not inconsiderable power of Pelosi and Reid, before which the principles of the blue dogs have begun to wobble like jello in a gale. And how many citizens who cast their vote for Obama can honestly say now that they still believe in the hope 'n change hokum? The confluence of Democratic majorities in both chambers of the legislature and the election of this particular president, has created an unprecedented threat to our liberties (unprecedented in scope and pace, that is to say; the basic thrust of the threat is not new). Elections have consequences, so, next time, I would exhort the politically unaware to take this advice: 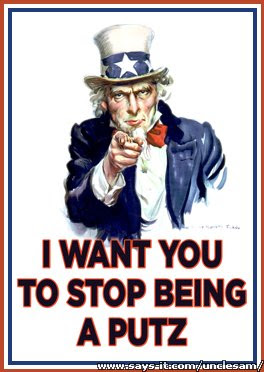 And that goes double for the Republican Party brass. You people helped create this mess by rewarding establishment stooges with campaign funding and endorsements. Either stand up for the principles of limited government and individual liberty or go lie down among the moldering bones and yellowing tusks in the elephant graveyard.
Posted by Paco at 9:41 PM

The game plan to transform the US into a Marxist state was put simply as taking over without firing a shot. There are, of course, additional books to this end, but the foundation title is the "Marxist Manifesto".

The notion that Americans take for granted much of the priviledges and rights we enjoy is never more evident than in voting. People fought and gave the ultimate sacrifice so that we can vote. In other parts of the world people walk barefoot or brave great peril to do what many here find inconvenient. The Founding Fathers never envisioned a country where its citizens had an "autopilot".

Get educated and vote...or last best hope that is the shining city on the hill will cease.

I stand along side KC in applauding..