Obama to name a competence czar

Reeling from public criticism - of everything from a chaotic foreign policy to mishandling the oil spill crisis to sponsoring ineffective or, as some say, disastrous economic initiatives - President Obama told reporters today that he planned to name a "competence czar".

"No man is an island," the beleaguered president told the Press, after nine holes of golf in humid, 89-degree heat. "Delegation is what made this country great, and, although George Bush forgot that fact, to the nation's detriment, I intend to restore the concept of teamwork to government."

President Obama expanded on this theme. "Let me give you an analogy. America is like a professional basketball team. I, as president, am the owner. Now, you don't see Abe Pollin down on the floor, mapping out strategy for the Washington Wizards." PWND reporter, Brad Smilo, pointed out that one reason for that might be that Pollin died last year. "Well," the president continued, "whoever the owner is, he doesn't, as a rule, interfere with the coach. The owner looks for someone who has comprehensive knowledge of the game, experience and savvy. In short, he hires the most competent coach he can find, since I, er...he...the owner doesn't have the competence to manage the team on a day-to-day basis. That's why I'm going to conduct a nationwide search for someone who has the knowledge and background that will enable him - or her, as the case may be - to handle the many problems that our country faces." Brad Smilo suggested that the people who elected him might be forgiven for thinking that he, the president, had actually been hired to deal with our nation's problems. To which the president responded, somewhat cryptically, "Oh, look! A chipmunk!", before disappearing with his entourage inside the club house.

Insiders speculate that the president already has someone in mind for this new position. 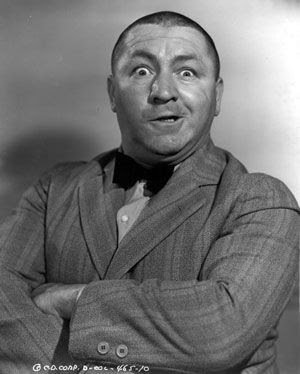 Update: A most cordial welcome to Instapundit readers. I don't know who tipped the professor off, but thanks.
Posted by Paco at 9:16 PM

Ah, Paco. I've been busy, and I miss the good ol' days at timblair.com, but this was fun. I'll be back.

WV: nobly - I'd think for me knobbly would have been more appropriate.

Oh, JeffS [the real one????], you're half right. Our President simply oozes.

Paco! You got an Instapundit link! You've hit the big time, man.

And, by the way, this was funny in a teeth-gritting, hair-pulling kind of way.

You didn't drop enough g's on the words. Other than that, a near-perfect and burning mimicry.

He needs a National Commission on Appointing Commissions or a Department of Redundancy Department. That'll git 'er done.

Hey, Gary, long time no see! Good to hear from you.

JHB: Does Obama drop his g's? I hadn't noticed. Probably because I can't stand to listen to him for more than a few seconds.

JorgX: Sometimes Tim will link to a post back at his old web site, and I'll go back and read it and then scroll through the comments, and sure enough, I'll find some of the running gags we used to indulge ourselves in. Good times!

Small suggestion - Contract the job out and save on overhead.

The White House comment line was overloaded this morning. All who think it was the Gulf residents calling to congratulate and thank him, raise your hands. Anyone?

Paco: I tried to listen to midnight replay of the self-appointed Cavalry leader, but was afraid of waking the neighbors with my protestations. Complete revulsion set in around 12:01 AM. On a happier note...congrats on the link!

Very clever Paco, like your reporter Brad Smilo [probably does a better job, then regular reporters]. Ummmm, would you consider sending him "down under" to interview Rudd?

Wow, one of the best read posts so far.

Perhaps Obama could use his VP for a competence Czar like Bush used Cheney.

1) Congrats on the Instalanche.

2) While I do not like another czar position being created, I must say I like Barry's choice to fill it. I believe he's a former head of the GOP.

3) Quoted from and Linked to at:
Q: How Many Czars Does It Take To Screw In A Lightbulb?

Thanks for the information on topics.I was excited for this article.
Thank you again. pomona windshield replacement

Designer cat collars come in christian louboutin cheap shoes all forms from floral, gem-stoned, personalized discount louboutin shoes to even leather. Every cats different and had a personality all their