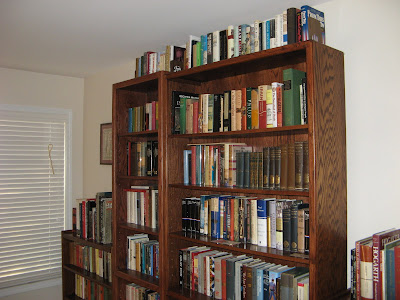 Alec Waugh, like his more celebrated brother Evelyn, was a novelist, biographer and travel writer, perhaps best remembered today as the author of the semi-autobiographical (and, at the time, scandalous) novel, The Loom of Youth, and of Island in the Sun, a novel that dealt with decolonization and race relations in the Caribbean.

Today, though, I wanted to highlight his biography of Thomas Lipton, of Lipton’s Tea fame. The Lipton Story: A Centennial Biography (published in 1950) describes the life of one of Britain’s most interesting self-made men. Born in very modest circumstances to an Ulster-Scots couple in 1850, Lipton exemplified the very best aspects of the full-throttle capitalism of the 19th and early 20th centuries. In 1865 he sailed for New York; however, the labor market being tough in the north, with the return to civilian life of so many soldiers (the Civil War had recently concluded), he headed south, picking tobacco in Virginia, harvesting rice in South Carolina, and eventually winding up back in New York where he worked in a grocery store. He returned to Scotland after four years in America and went to work in the small provisions store his father had established with the savings he had managed to set aside from his life as a farmer in Ireland and a laborer in Glasgow. From an early age, Lipton was an indefatigable go-getter, ultimately establishing his own provisions shop, specializing in the sale of butter, eggs and Irish ham. Through hard work and personal economizing, he slowly acquired capital, opened new shops, and branched out into the sale of tea. Following the sound advice of his mother, he cut out the middle-man whenever possible, and purchased tea plantations in Ceylon, where the industry was just beginning to take off. He also created affiliates in the United States, and became an extraordinarily popular figure in America – perhaps the best goodwill ambassador Britain ever sent our way.

Lipton was an early British exponent of the value of advertising and sometimes took it to comical lengths – as, for example, in the following instance:

That spring when he visited Ceylon he travelled on the Oratava. When the ship ran ashore in the Red Sea his reaction to the accident was typical. The captain having given orders that some of the cargo was to be jettisoned, Lipton persuaded one of the engineers to cut him out a stencil, and while the other passengers were hurriedly packing such luggage as they could carry by hand into the lifeboats, he was hard at work painting the slogan, “Drink Lipton’s Tea,” onto such of the abandoned bales as would be likely to float in the shallow water.

Although an upright Scotsman, Lipton somehow managed to become a close friend of Queen Victoria’s wayward son and heir, “Bertie” (Waugh’s book, in fact, gives one of the most admirable summaries of the troubled relationship between Victoria and the future King Edward VII that I recall ever having read). As he grew in wealth and fame – and, it is important to note, in philanthropy – Lipton became acquainted with the uppermost crust of British and European society, yet always maintained his direct, down-to-earth, genial nature.

He was a lifelong bachelor, and one might say that work was his wife (or mistress), save for the obsession that overtook him in late middle age: his quest for the America’s Cup. Over the years, Lipton financed five challenges – losing them all – but he benefitted hugely from the good will he sowed in America as a result of being a good sport in defeat. His last visit to New York, before his final return to England (where he died in 1931), was celebrated with a ceremonial dinner, hosted by the mayor of New York City, Jimmy Walker. A gold loving-cup, the idea for which was originally suggested by Will Rogers (and subscribed for through the donations of American citizens), was presented to Lipton, who was so overcome with emotion at this genuine outpouring of affection and esteem, that his prepared remarks had to be read by someone else.

This is a fascinating look at an extraordinary, and extraordinarily honest, tycoon, whose active life happily coincided with an era that welcomed, rather than penalized, free enterprise.
Posted by Paco at 10:52 PM

So many of the old self-made men had Scottish connections that current anti- 'dead white male' prejudices could also be called anti-Scottish racism, I reckon.

But, here's a crucial question, would Lipton have supported the Tea Parties?

He'd probably decline to speak out publicly on the matter, but, frankly, I think he would support the Tea Partiers; he had a strong affection for America as a people, and he saw in those people the qualities of independence and self-reliance that would naturally have appealed to him.

I always admired the way Lipton turned his America's Cup losses into publicity for his product. While I seldom drink Lipton's Tea (at least in the States - you can find very creditable teas with the Lipton label overseas) Tom Lipton's story has always impressed me as an exemplar of the true spirit of capitalism.

Hope he's not a member of a dead species.