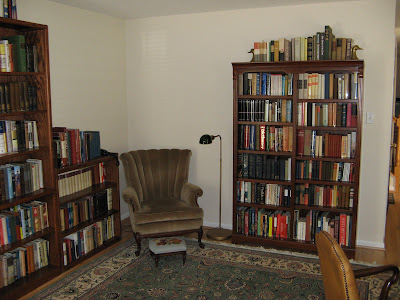 In 1954, C.S. Forester turned his attention away from Captain Hornblower momentarily and wrote a series of short stories about the Third Reich, which he published in a volume called The Nightmare. It would be difficult to conceive of a more appropriate title.

In this book, Forester delves deeply into the twisted moral and psychological threads that caused an entire nation-state to meld itself with the diabolical vision of one supremely powerful lunatic. For the most part, the stories deal with the internecine struggles within and among the various components of the Nazi state: the Party, the SS, the Army, the bureaucracy. It was a world in which paranoia was not so much a form of mental illness as a principal tool for staying alive. One careless word or thoughtless gesture could send even the highest functionaries to the gallows, thus creating opportunities for their murderously ambitious subordinates.

The stories extend from the infamous “Night of the Long Knives” – Hitler’s purge of the SA (the “Brownshirts”) – to the Nuremberg trials. One theme that emerges as a prominent feature of the stories is the degree to which the lust for power can so thoroughly erode one’s moral sensibilities. This is doubtless one reason why pride is considered such a dangerous sin: it is a view of self-actualization that looks at life as a zero-sum game, in which one’s fellow human beings are almost always considered to be potential rivals, to be done down at the first available opportunity.

A good example of this phenomenon is seen in the story, “The Bower of Roses”. Spiegel – a man who has labored thanklessly under Lucas in the Party – sees his chance for advancement during the Night of the Long Knives:

…when so many people were dying, another death might not be inquired into too strictly; if Lucas were killed by his trusted subordinate, and that subordinate maintained later that he had indisputable proof – nothing written, of course – that Lucas had been involved with the plotters, then his reward would be great. Probably he would be head of the department, wielding Lucas’s power, enjoying Lucas’s prestige. Spiegel could thrill at the thought, for the little man, although he could be sick with fear, was consumed with ambition; although he was running with cold sweat at this moment he still had his clarity of vision and his remarkable capacity for summing up motives and prejudices. On the morning after the Night of the Long Knives Lucas’s death would be looked upon as the clearest proof of Lucas’s guilt. The cold heavy pistol in Spiegel’s pocket was the key that would open for him the door to power – the door which otherwise would always remain closed to him.

Forester also does a fine job in exploring the private hell of those Germans who collaborated, not because they believed in the Fuehrer’s ravings, but because they feared for their lives, or the lives of their families, or because of loyalties that had become hopelessly confused. For example, the author introduces us to a doctor at a concentration camp who slowly goes mad, and ultimately – and voluntarily - follows his victims to a grisly death. There is also the story of a Wehrmacht general – an old soldier beloved by his men – who is disgraced and dismissed because of a tactically brilliant escape from a Russian encirclement that is viewed by the Fuehrer as a defiance of his orders to, quite literally, fight to the last man. In the last months of the war, the general is restored to active service and given similar orders to defend a position in France. He reluctantly accedes to the request because of the Law of Hostages, which stipulates that the family of a “traitor” is attainted, and he wishes to save his wife; in the end, however, he defies Hitler and, rather than oversee the wanton destruction of ten thousand of his own soldiers, he surrenders after a typically brilliant defensive campaign, and only when his supplies have been exhausted and there is no longer any hope of holding out; the twist is that he is able to do this because of the heroic sacrifice made by his wife – the truth of which, in all likelihood, he will never know about.

These are vividly imagined stories that convey something of the horror of life in a totalitarian state. One might ask, though, why we should look back at the depravity of an extinct regime. The author explains, in his introduction:

It happened ten years ago; it seems certain that similar things are happening at this very moment in other countries where ruling gangs are established in power. There is no purpose in studying history unless the lessons of the past are to influence policy in the present, and present policy can only have a basis in the lessons of the past.

It was a world in which paranoia was not so much a form of mental illness as a principal tool for staying alive.

Unfortunately, I see this world slowly creeping back into existence.

We're nowhere near the "Night Of The Long Knives", but I am seeing the lust for power eroding moral sensibilities. And other factors that greatly disturb me.

Mr. Forester's summary says it very nicely. I can only try to rephrase it: To live free, you must know your history.

You convinced me. I ordered a used copy for one cent (plus postage and handling).

Clive James has published a collection of biographical essays entitled "Cultural Amnesia," dealing with how the darlings of the Western intellectual elite comported themselves when confronted with the real life challenges of confronting Nazism and Communism.

One of my favorite stories in the book is Unbelievable, which has, as its setting, the chaotic evacuation by the Germans of a Baltic naval base.

"Unfortunately, I see this world slowly creeping back into existence."

Wasn't it Kruschev that proclaimed they would take us over without firing a shot? He said that we'd be like ripe fruit falling into their hands. The fruit is well on its' way to the ripe stage. The pickers are already in the orchard.

JeffS: How about this:

It's a perpetual night of the Long Knives through death by a a thousand cuts.