There's been a bit of a kerfuffle in the dextrosphere over this article at the Daily Caller, which alleges that a significant number of conservative bloggers are accepting payola from the Republican establishment. Stacy McCain has responded, as has Dan Riehl, while Richard McEnroe weighs in with photographic evidence of the scandal.

I thought this might be a good time for me to come clean. Paco Enterprises has, since its inception, been in the pay of the Austro-Hungarian Empire. Aside from that one purely mercenary aspect, you can always count on my complete independence. Oops! that reminds me... 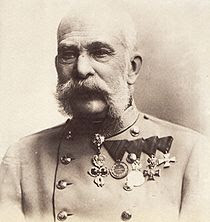 I hope they're paying in gold.

I'm often accused of being a cheap date. If anyone offered to pay me to blog, I'd take gelt (http://www.chocolategelt.com/catalog/chocolate-chanukah-gelt-coins-p-1250.html).

Jeff: Are you telling me that I shouldn't have agreed to be paid in Imperial Austro-Hungarian War Bonds?

I dunno, Paco; what's their exchange rate for Confederate currency?

JeffS, the exchange rate is inching up to the Euro.

Honestly, Paco, must you spill all the beans? Wronwright will be furious, because now everyone will know that he's your liaison with the Austro-Hungarian Empire, which will reveal his under-the-table deals with Duke Ferdinand, which might cause...

I've enjoyed the cigars I get in the mail from Posting Anti-establishment-propaganda Control Organisation Enterprises as payment for my comments.

But it's getting harder to think of really evil things to write here, guys.

"... really evil things to write here, guys."
That's easy: Paco supports integration of the US Marine Corps into the much superior US Army.

Captain Heinrichs: Good for you I can't find the banning button on this thing!

Only accept payments if they're in Deutschmarks, or possibly fully-franked nose hairs from the House of Hanover.

Which reminds me, I'm writing a rather Paco-esque story at the moment on the subject of facial hairs; might send it through to you when I find the time. And if I type it onto the computer.

I've always been keen on the Austro-Hungarian Empire and it certainly bequeathed Vienna and Budapest some stunning architecture. So there are worse organisations to have as paymasters.

Given your Haspburgian connections, you'd no doubt be aware that the current pretender to the throne is one Arch Duke Otto von Hapsburg who at one stage was a member of the European Parliament. It is said that he was in Parliament one day and found them doing even less work than usual, instead being clustered around the TV. Upon inquiring what was going on he was informed they were watching the Austria-Hungary soccer match.

TimT: I will look forward to it!

cac: Now, that is funny!

Remuneration? Fair Dinkum?
Then how come Wronwright, gives us those awful cars, where the only decent thing on them are the tyres?