Nancy Pelosi and her happy delusion

Update and bumped: Mandatory assignment! Go to Gateway Pundit and watch the clip of Dennis Miller talking to Leno (I think there's some kind of trouble with Gateway this morning; try the original source, Breitbart TV). A sample: "Every time I see Pelosi handling that gavel as Speaker of the House...it's like being Charlton Heston and waking up in the field and seeing the chimp on top of the pony."

Ex-Speaker of the House Nancy Pelosi [Lord, how I love writing that!] has convinced herself that the Democratic wipe-out in the House is not her fault, that it's due to the larger economic environment or Republican skull-duggery or sunspots or something. No way her strong-arm tactics advancing the cause of an ever-more bloated federal government had anything to do with the Democrat crop failure this election cycle. 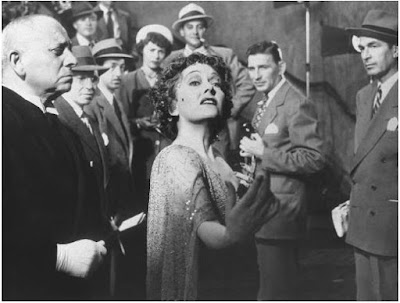 I think that the defining moment of the downfall of San Fran Nan is captured in this photo. Never a more arrogant person has wielded the Speaker's gavel in such a public and condescending fashion. She and the Demonrats earned every loss on 2 November. With more to come, I'm sure, in 2012.

And if she wants to delude herself about what collapsed her empire, and grab the job of Minority Leader in the same fashion she, Reid, and Obama rammed all those crap sandwiches down our throats, that's fine by me. She's the best thing possible for another red wave in 2012.

Jeff: I, too, have despised that image of her above all others.

What's she going to do with the gavel?

I know what she should do with that gavel, Paco. But the GOP would have to buy a new one; no amount of decontamination would cleanse it. Toxic forever.

Just watched the Miller clip......awesome! He describes Pelosi to a "t".

It's the EGO you see, they can never accept that they were wrong.
Think you will find that will be Obama's problem to.

"Think", Merilyn? I'm expecting his over inflated ego to cause problems.

MORE problems, I mean. It's not like his ego puffed up in the past few weeks, or something like that.

"...I guarantee you she sleeps upside down!"

I don't think there's any right-thinking person who doesn't hate that photo of Pelosi (and her own exalted self because of it). She is Arrogance Incarnate, and we can't be rid of her quick enough.

Keep Pelosi in it so we can win it.

Yeah, she's got a lot to be proud of, all right. I mean, working to enslave the formerly most free people on the planet is an accomplishment. Trying to turn citizens into serfs if a big order.

Personally, me, I'd be ashamed of such a vile "achievement."