Gosh, Wally, I guess President Obama was serious about shutting down the coal industry

The Environmental Protection Agency (EPA) has dangerously underestimated the impact of its back-door mandates on affordable coal-based electricity generation. Instead of the 4.8 to 9.5 gigawatts(GW) of electric plant retirements predicted by EPA, 57 power plants with 25.1 GW of generating capacity have already gone on the chopping block due to U-MACT and CSAPR. That means more than 29,000 workers are losing their jobs, millions of consumers will be paying more for their electricity and the reliability of our electricity supply is being compromised.

Not to worry. There are alternatives... 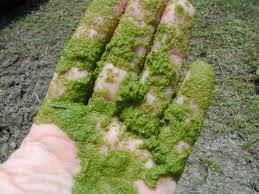 Tax the rich! That'll solve all the problems.

That's just it, it doesn't seem to worry the "power's that be if people lose their jobs", they are ok they still have their jobs.

The same thing is happening here.

Carbon industry jobs are not jobs. This makes them happy. They literally want to displace people out of carbon jobs. Obama's reply to the question about all those people losing their jobs in the Gulf: "They can go on unemployment."

YoJ: So? We have Nancy Pelosi's word that unemployment checks are good for the economy.

"The Environmental Protection Agency (EPA) has dangerously underestimated the impact ..."

Only on the electoral front, as far as they are concerned.


d(^_^)b
http://libertyatstake.blogspot.com/
"Because the Only Good Progressive is a Failed Progressive"

Jonah -- who sez Obamabots will change their minds? There's a reason why they're Obamabots, after all.