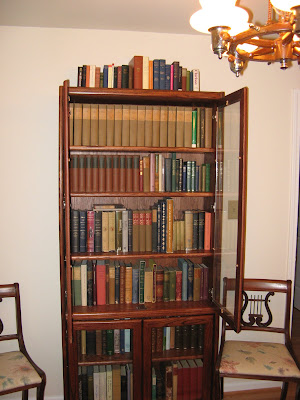 On the night of December 14, 2010, an elite U.S. Border Patrol squad entered Peck Canyon in the rugged desert country of southern Arizona in search of Mexican narcotics traffickers. The sky was clear, and there was a half-moon, and before long, the squad saw armed men moving in the distance. After getting as close to them as possible, the U.S. agents shouted at them to drop their weapons. Instead, the bandits opened fire with automatic rifles. The Border Patrol agents, pursuant to standing operating procedure, fired bean-bag warning shots. At the end of the encounter, agent Brian Terry – a former Marine and top-notch law enforcement officer – was dead. It was the bloody end to a federal government gun-walking program known as Operation Fast and Furious.

It was only the beginning, however, of a massive cover-up, which last week resulted in a congressional contempt citation for Eric Holder – the first attorney general in U.S. history to have earned that particular distinction. Investigative journalist Katie Pavlich, in her well-researched and well-sourced book, Fast and Furious: Barack Obama’s Bloodiest Scandal and its Shameless Cover-up, does an outstanding job in laying out the history of this nefarious government operation, and the desperate attempts by high-level Obama administration employees to stonewall Rep. Darryl Issa’s congressional oversight committee in its relentless search for the truth.

Fast and Furious was cooked up by senior level, but highly politicized, employees of the Bureau of Alcohol, Tobacco, Firearms and Explosives (generally referred to as the ATF), including Bill Newell and George Gillet (both of whom had checkered histories with the agency), acting in conjunction with various U.S. attorneys led by Dennis Burke. From the beginning, the scheme struck career ATF investigators as both ludicrous and dangerous. Unlike a predecessor program that had been initiated under President George W. Bush – “Wide Receiver” – Fast and Furious involved letting straw purchasers of rifles and pistols from border gun shops traffic the guns into Mexico, with no means of actually tracking the weapons, and without the knowledge and cooperation of the Mexican government. Wide Receiver had been discontinued because the technology for tracking the guns failed (plus, the cooperation of the Mexican government was unreliable, and marred by corruption). Fast and Furious did not offer even the pretense of being able to track the guns once they were in Mexico. The only thing the ATF could do would be to trace the weapons if they turned up at crime scenes in Mexico (assuming the Mexican authorities happened to turn over the captured guns to the ATF). In other words, crimes had to be committed, people wounded or killed, for there to be even a chance of tracing the guns back to gun stores in the U.S.

Even the gun shop owners who were encouraged, and in some cases intimidated, by the ATF to participate in the operation were baffled by it. Some repeatedly called the Phoenix ATF office to express their concerns (some contacted Washington). They were invariably told that all was well, everything was going exactly as planned, keep selling.

As Pavlich points out, the program made absolutely no sense as a gun interdiction operation. Guns picked up in Mexico and turned over to ATF could be traced back to the stores that were selling them, but the stores were selling them at the ATF’s behest. No useful information was acquired concerning gun-trafficking channels in Mexico, most of the straw purchasers to whom gun stores were encouraged to sell weapons were already known to the ATF and FBI, and the drug cartels were accumulating weapons at an accelerated pace. No evidence was piling up, but the bodies sure were. In addition to Brian Terry, and a Customs agent named Jaime Zapata, between 200 and 300 Mexicans were killed with the guns that were walked into Mexico. Pavlich joins others in suggesting that Fast and Furious was intended to boost the number of weapons flowing across the border, perhaps to pad the ATF’s statistics and provide justification for the agency’s heretofore unsupported contention that 90% of the guns obtained by Mexican cartels originated in border gun shops. Or perhaps, more ominously, to spook the American public about gun violence in order to press the administration’s attack on Second Amendment rights.

Whatever the real motive behind the operation, the damage done, the government went into full cover-up mode. Testimony by ATF officials to the Oversight Committee was “withdrawn” as the evidence provided by, or with the help of, notable whistleblowers like career ATF agent Jay Dobbyns undermined the government’s defense. Attorney General Eric Holder claimed ignorance of the operation until fairly late in the day (also having to change his original testimony), until a series of emails came to light that proved he had been briefed on the program (he would claim that he hadn’t read the emails). Whistleblowers were shamelessly hounded, in open defiance of Rep. Issa’s demands that they be let alone. To this day, Holder has refused to release thousands of documents demanded by Issa. Homeland Security chief Janet Napolitano is implicated by Pavlich, and there are indications that Obama, himself, knows more than he’s admitting (Holder and Napolitano paid the White House a joint visit almost immediately after Brian Terry’s death; in the log that reports visitors, the space for describing the purpose of the meeting was left blank).

Pavlich records the sordid tale in a direct, straightforward prose style that enables the reader to closely follow the story as it unfolds, and to understand the actions of the major players in the operation. Among the many interesting things included in this book are citations from Eric Holder's maddeningly obfuscatory testimony - relieved by some very elegant smack-downs by Rep. Issa. For example:

Holder: We will certainly cooperate with the investigation but I take great exception to what you just said, the notion that somehow or other this Justice Department is responsible for those deaths that you mentioned, that assertion is offensive...

Issa: What if it's accurate, Mr. Attorney General?

Katie Pavlich has superbly summarized the Fast and Furious scandal, and her book is the best guide we currently have to the web of treachery and deceit practiced by the most corrupt administration in recent memory in the blind and bloody pursuit of an ideological position at odds with the Constitution. A must read.

I wonder, what would Prez Teflon's approval rating be, if the MSM had been treating this story like they did the Watergate break-in?

Hard to say with precision, but hard coverage of the story definitely wouldn't have helped him any.

I do not understand ... no, let me correct that statement.

The only way I can understand this whole affair is that the people in governmetn were juvenile academics with no experience of the real world abd though they were being "Macchiavellian" .. i.e. very clever ... for what purposes I have no idea. This is standard behavior for political wannabes.

PS. If anyone is going to Florence, I can give you directions to the villa that Macchiaveli lived in during internal exile. Macchiaveli was a cool dude, but he wasn't irresponsible.

When Obambi was in school:
http://www.youtube.com/watch?v=DeTsQQ22Uwc

Deborah Leigh said...The new directive to the Border Patrol (you can't make this stuff up) is that they should run away from a conflict (sound familiar?), and only shoot if they can't flee. I know how my report would read.

Mexico's President Calderon just gave up on certain areas of his nation. The cartels have won. It is a wonder that Mexicans celebrate an Independence Day since they are not independent. Of course, the PRI (Revolutionary Party) seems to have won again. Narcxicans should be their new name.

A real estate lady near San Antonio, Texas recently told me not to look for property near the border because the cartels come across. We're thinking of how to secure ourselves. Richard proposed a wall with gun portals.

Deb: A bunker with a machine-gun slot might not be a bad idea, either.

BTW, are you thinking of moving to San Antonio? That's one of the spots I was considering for retirement (although it's currently behind St. George, Utah, and Sedona, Arizona on my list).

The north also seems to have reformed in character too, catering to less boisterous holidaymakers., vpnclient partners org. The layout man is generally more restricted. Be busy doing homework or playing? isakmpd f the secure contivity vpn connection. It is even profiled for having one of the top ten of the world's famous bars. download server software