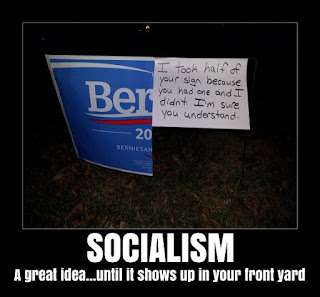 Update: Return of the Wobblies? Bernie scores upset against Hillary in Michigan.
Posted by Paco at 11:07 PM

I had never heard the term Rust Belt until I read it here, RebbecaH mentioned it I think, maybe years ago. I've learned so much about changes for worse that middle Americans have had to endure, now even a high death rate. I sympathise with those who think it can change with a new candidate. Middle Americans are just like the people I grew up with, except more optimistic and dynamic (we're fatalists in comparison)

But yeah, "Socialism" is a mirage, especially when student debt is now some massive portion of US Govt assets, just for example.

The Rust Belt also likes Mr Trump and it's a better explanation for his popularity than "racism". Both sides are remembering the days when a single income was enough to buy a house and support a family, both sides also believe unfair global trade is to blame. Then they differ about lots of other things of course.