Letter from Junius to John Brennan 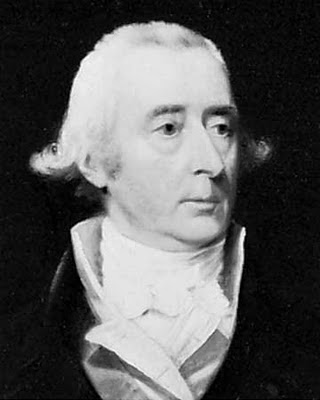 Apparently the possession of a physiognomy resembling that of the late Emperor Vespasian has led to the stuffing of your thoughtbox with notions that you also possess, in large measure, that noble Roman's authority, wisdom and gravitas. It is my duty as a citizen of this Great Republic to broadcast wholesale that you are suffering from folie de grandeur, so that, in the public interest, your enormous balloon of self-regard might be brought safely to earth, and your declamations from on high seen for the ravings of a fabulist whose intellectuals have been gravely disturbed by too-long an exposure to the thin air of naked partisanship.

And it is a partisanship of the darkest and most sinister sort, engorged through a lifetime of immersion in the worship of the State and the arrogant kimbawing of the defenders of individual liberty. From the vantage point of many years of observation and study of history and politics, I can say that there are few things that any longer surprise me; however, your own rise through the ranks of what, with increasing irony, is labeled “intelligence”, should not fail to shock and repel the sentiments of honest men, be they never so discerning. In the salad days of your career, you managed to flam your interlocutors at the Central Intelligence Agency into accepting your explanation of a youthful vote for the American Bolshevik presidential candidate, Gus Hall, as the rash act of an unlicked cub. You proceeded to climb the ladder of promotion on rungs of mendacity, sycophancy to like-minded progressive parasites, and collusion with foreign powers. You lied to the Senate, joined in a cabal of other perfidious government operatives to manufacture a scandal of illicit cooperation between Muscovy and our new president, and have set yourself up as a national scold, with your glimflashy and absurd Tweets, which reveal little more than that you are a dab hand at thumbing through a dictionary (one can well imagine the glint of long-awaited triumph in your flinty eyes as you finally stumbled upon an opportunity to drop “kakistocracy” into one of your public utterances – as well as shake one's head in amazement over the paucity of your introspective powers to recognize yourself as possibly the most fully developed modern exemplar of that form of government).

Sir, you have recently asseverated, with all of the bitterness of the unceremoniously dismissed servant, that President Trump will be “swept into the dustbin of history”. How...revealing that you should have cribbed a phrase from Trotsky to describe an eventuality you so obviously wish to see come to fruition. In despite of your confidence, I venture to say that you and your coterie of intriguers do not command a broom large enough to accomplish the deed, nor, even if you did, the competence to wield it effectually. No, the President is not bound for the dustbin of history, but I am willing to wager that your revolting obloquy will prove to be nothing more in the end than polemical night soil, suitable for the nurturing of the noxious nostrums that will ever only, may it please God, flourish in the hot house of the radical imagination, but remain as a stench in the nostrils of all citizens dedicated to the sacred principles of liberty and justice under the law.

How I wish you ... er, I mean Junius ... was the judge presiding over John Brennan's eventual sentencing.

Yay, a new satire target. Brennan should be swamped with these.

"you managed to flam your interlocutors at the Central Intelligence Agency into accepting your explanation of a youthful vote for the American Bolshevik presidential candidate, Gus Hall, as the rash act of an unlicked cub"

"How...revealing that you should have cribbed a phrase from Trotsky to describe an eventuality you so obviously wish to see come to fruition"

Mike: My dear fellow! A pinch of snuff? Or perhaps a glass of Madeira?

Sure, Paco: a pinch of snuff and a good sneeze; followed by a tipple of aromatic Madeira to relieve the sinuses, sounds good.

You do a great job of bringing historical figures back to life to address modern idiocracy, Paco.

Don't hold back. Tell us what you really think.

You've got the 18th century style down pat.