The EU wants to put "consumer warning labels" on Israeli products produced in "contested areas". So, right now they're targeting Israeli business people and entrepreneurs. I fear that, before too long, especially with anti-Semitism on the rise in Europe, any Jew will do.

Shut up, Tommy! You're letting the cat out of the bag!

Well, obviously, Mexico needs to close down that one gun store.

The Babylon Bee takes out a little insurance: "We Would Like To State For The Record That Hillary Clinton Is An Upstanding Citizen And A Fine Human Being". 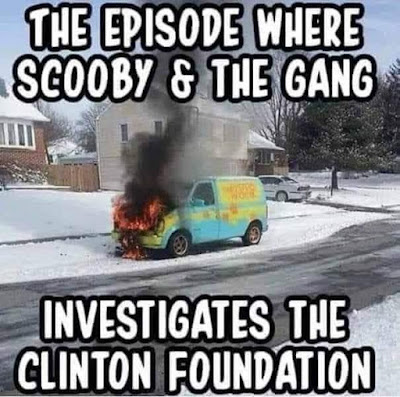 The Donald Trump website is now selling Fredo t-shirts. I like this president's joyful embrace of the struggle, his unapologetic opposition to the Left on all fronts - and I despise the Vichy conservatives who fraudulently hide their real beliefs and motives behind, among other things, a hypersensitive, yet nonetheless completely false, show of "dignity".

In Hong Kong, unsurprisingly, people who have lived long in close proximity to a communist dictatorship don't much care to be pushed around by it. 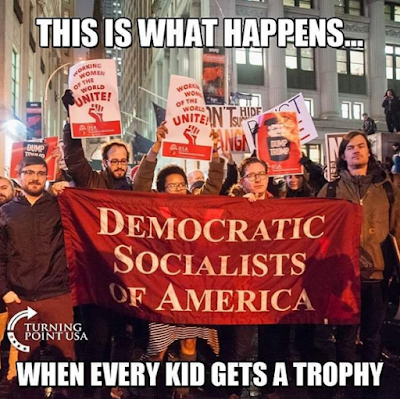 Yes whatever the Clintons do is good, they nkow what is best for us.

I hear Xi has dirt on the Clintons.

Yellow stars in Europe. After reading Alan Furst's novels, I never thought I would see the same thing rehappening in my lifetime.

And what you said in the Fredo tshirt entry...YES!

I'm so disappointed in Goldberg & Williamson, 20 years ago NR was what guided my feelings into thought and now they're just a couple of decrepit old hags.

Jonah, Williamson is a free market fanatic, and Goldberg has a 'career' so has to watch his step. One guy who is as smart or smarter than either of them but has no axes to grind or career to protect is David Cole at Taki's. He writes from a west coast perspective too.

A voice of sanity I think. Not much big politics, a lot of street-smarts. Very reassuring.

This is what happens when every kid gets a trophy.

Also: This is what happens when education is replaced by indoctrination.