Yes, it's a Burning Bush - but only because Ace set fire to him.

Looks like Bob Woodward may actually have his facts straight, for once: "Pentagon Confirms Milley Conversations with Chinese Counterpart, Other Uniformed Leaders on Nukes". Ah, but notice the spin: "His calls with the Chinese and others in October and January were in keeping with these duties and responsibilities conveying reassurance in order to maintain strategic stability." Revolution is looking to be a lot more efficient method of purging our government than trying to impeach or court-martial every woke, treasonous idiot in D.C.

"General Milley Rides Through Streets Of Beijing Shouting ‘The Americans Are Coming!’"

I'm thinking, we just might be in trouble: "On Yom Kippur God Judges Nations Too".

Good decision (from a Clinton-appointed judge, yet): "Court Sides With Gun Owner Over Cop In Carry Case". 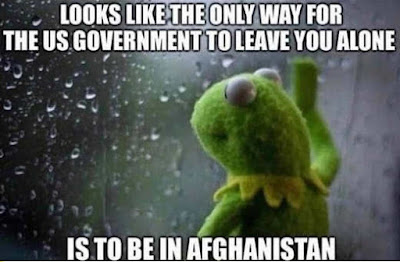 Love the last one.
Considering how many Californians are here, I hope that's either as wrong as 2020 (considering all the cheating) or they voted for Gov Hairdo as a parthian shot at CA.

Will anyone in the corrupt FBI ever be held accountable for any misconduct?

More confirmation! And from what I've been reading elsewhere, he seems to be practically bragging about it.