Prince William indirectly chided a far more interesting William (Shatner) for taking a jaunt into space, sniffishly opining that we ought to be focusing more on "trying to repair the planet" than on cruising around in the thermosphere (personally, I think that the 39-year-old, and quite bald, Prince William simply envies 90-year-old Mr. Shatner his full head of hair). True, the lachrymose Shatner, apparently having been overwhelmed by the excitement of his experience and the unique beauty of the earth from space, uttered a few comments not inconsistent with the same climate fabulism subscribed to by Prince William, although he took issue with the latter's strictures against privately-funded space travel.

This, incidentally, is the same Prince William, Duke of Cambridge, who scolds the peasants for driving about in their motor cars while he and his absurd family of (mostly) twits fly in private jets to climate change extravaganzas and other events featuring elitist hob-knobbery. My ancestor would have had a few sharp observations for the prince. 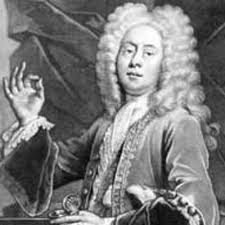 Augustus Throckmorton Paco reaches into the pocket of his salmon-colored waistcoat, extracts a gold snuff box, and takes a pinch of tobacco. Sneezes violently, retrieves periwig from the paw of a stuffed lion (attitude: sejant erect) and resettles wig on the carapace of his thought-box.

"You are impertinent, Your Royal Highness, notwithstanding that you are a prince and it is only I, a mere scribbler, who says so. How ungracious a thing, to try to dampen the joy attending the extraordinary exploit of one of America's most celebrated and beloved players, and to saddle him with the moral culpability of failing to fully embrace one of Your Highness's most dubious enthusiasms. With all due respect, in the last 18 months, when we have seen the Chinese plague transform expertise into a desolation of confusion, fear and mendacity, is it likely that Your Highness's shaky and dilettantish notions on the subject of climate change add even a pennyweight of proof to one side or the other of the scales of truth?  In this democratic age, sir, you are a prince on sufferance; gone are the days when a sovereign might assume the character of a swaggering, beef-eating tyrant who could complacently look upon his subjects as so many head of bipedal livestock - and, for example, create a new church out of thin air (I speak here of your projected church of Gaia, a system of quasi-religious beliefs no more rooted in science than Zoroastrianism). Her Majesty the Queen doubtless clings to the hope that Your Highness will prove to be made of stout, well-seasoned kingly timber; pray do not dishonor her memory, sir, when you ultimately ascend the throne, by revealing yourself to be a warped slab of sodden plywood."

Whew! That A.T. Paco was harsh!

Prince William is a narcissistic, sanctimonious, and pompous ass.

Stephen: Probably why Pacos first came to America as indentured servants through the legal process of what was called at the time "transportation" (exile, frequently granted as an act of mercy by the Crown in capital cases). I like to think that a Paco back there somewhere ran off with a Duke's wife; however, he probably just stole a cow or a bolt of cloth.

My stepfather's ancestor came on the Mayflower as an indentured servant. He has a home at Plymouth Plantation.
He was never home so my stepfather never got to meet him.

I've been wondering if the current queen will be the last British monarch, at least the last from the House of Windsor.
None of her offspring are remotely deserving of that honor.
Maybe the next line will be Muslim.

Iconoclasm,interesting days.
(as the Chinese say).

Well said, Master Throckmorton Paco sir. It should be noted that royals are not notoriously bright, and certainly William is a typical example of that. Plus, he hangs around his looney dad too much. Shatner, on the other hand, has been hustling all his very long life which takes significant amounts of moxie, smarts, and energy.

The future ruled by Millennials is looking, uh, interesting.

Bring back the Plantagenets!