I could definitely support something called the "Pirate Party".

The Pirate Party, an anti-authoritarian band of buccaneers that wants to shift power from government to people, is one of the front-runners in an election triggered by financial scandal in a country still recovering from economic catastrophe in 2008.

Their philosophy seems to differ considerably from that of our own Pirate Party, known familiarly as "Democrats". 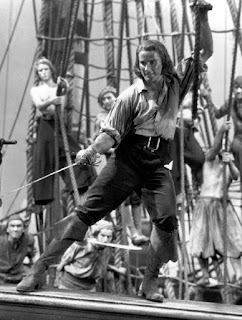 A couple of you lads help Mrs. Clinton onto the plank.
Posted by Paco at 10:45 AM