So instead of putting her away in a nice psychiatric clinic...

...her Mamluks want to settle her into the White House.

Oy vey. They ought to be feeding apple sauce to this woman on a long spoon through an aperture in her cell door, but, instead, hey, why don't we just give her the nuke codes?

Time for national-symbol truth in labeling; we ought to retire the bald eagle and replace it with this... 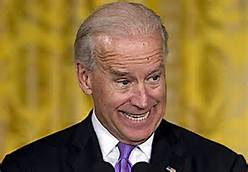 "Sweet! And I was going to settle for ambassador to the Austro-Hungarian Empire!"
Posted by Paco at 9:44 AM