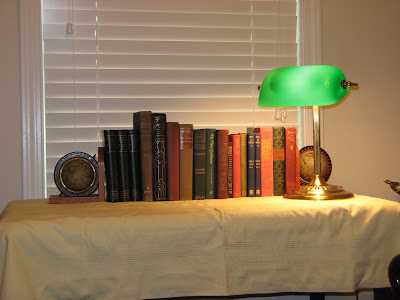 Colin Thubron, combining the curiosity of the wanderer with the interpretive skills of the historian and the lyrical prose of the novelist, published a fascinating book on the vast and largely desolate region of Eastern Russia entitled In Siberia (HarperCollins, 1999). Accounting for one-seventh of our planet’s land mass, Siberia – a region about which it was said in olden days that “God is far above, and the Czar is far away” - for hundreds of years held a similar place in the Russian imagination as the Western frontier did in the minds of 19th century Americans. It is a land of boundless steppes, forests, lakes and tundra, and was perceived as boundless, as well, in the opportunities it afforded to people, including millions of freed serfs, who were willing to face the myriad dangers and hardships of the region in return for the possibility of freedom and prosperity.

Communism, however, ruins all things, and after the Bolshevik revolution, this enormous territory became the setting for the gulag archipelago, so admirably documented by Solzhenitsyn. Thubron is never far from the ghosts created by the Soviet disaster. Among several observations on the last days of Czar Nicholas II and his family is this recounting of the end of the Romanov dynasty:

“The family waits, as if for a photograph. The empress, ill with sciatica, is seated beside her thirteen-year-old son. The rest are standing – the Czar in front, and the four princesses in the first row, the doctor and the three servants behind. The cellar is less than 13 feet square. In the doorway the execution-squad is packed in three ranks with heavy revolvers, so close that the powder burns their wrists. The Czar is killed instantly, and the empress and her eldest daughter never complete the sign of the cross. The diamonds sewn secretly into the princesses’ corsets send bullets ricocheting round the room. For a moment they seem endowed with a ghastly immortality. The panicking guards empty their revolvers into them, then club and stab everyone still moving. When the smoke clears, the Czarevitch is still clinging to his father’s shirt; and as her body is being dragged away in a sheet, one of the princesses wakes and screams. Perhaps she imagines a nightmare. They bayonet her to death.”

This was only the beginning, of course, and the Reds eventually murdered on a mass scale, regardless of class, nationality and – of course – actual guilt:

“These camps were self-contained states. They evolved in a perverted reflection of the world outside. After Stalin’s pact with Hitler in 1939, the mass of Russian and Ukrainian convicts were joined by tens of thousands of Poles, and as early as 1940 Russian soldiers recaptured from the Germans were incarcerated here as traitors. With the annexation of the Baltic states, the Latvians, Lithuanians and Estonians poured in – those who’d fought against Hitler and Stalin indifferently – and by the war’s end Vorkuta’s patchwork of nations embraced Germans, Japanese, Nationalist Chinese, Jewish survivors of the Holocaust, Persians, several French and Americans, even a Tibetan herdsman who had strayed over the Mongolian border.”

But rising from the soil of the taiga like the water that is forced out of the frozen soil during the summer thaw, is the sheer, stubborn survivability of the Russian people. Near the city of Omsk, an Orthodox seminary is being rebuilt, and Thubron joins a religious procession led by the Archbishop, who is going to bless the waters of a pond:

“I fell in line with the pilgrims following. It was oddly comforting. An agnostic among believers, I felt close to them. I too wanted their waters blessed. I wanted that tormented earth quietened, the past acknowledged and shriven. I helped the old woman beside me carry her bottles. My feeling of hypocrisy, of masquerading in others’ faith, evaporated. As I took her arm over the puddles and our procession stretched across the wet grass, Russia’s atheist past seemed no more than an overcast day in the long Orthodox summer, and the whole country appeared to be reverting instinctively, painlessly, to its old nature. This wandering ceremonial, I felt, sprang not from an evangelical revolution but from a simple cultural relapse into the timeless personality of the motherland – the hierarchical, half-magic trust of its forefathers, the natural way to be.”

Thubron talked to a remarkable cross-section of the populace during his travels – hobos, priests, students, scientists, doctors, indestructible babushkas, and even a character who claimed (fairly credibly) to be a descendant of Rasputin. His work always manifests a hunger for genuine understanding, and an admirable determination to view the individuals he meets in the context of their surroundings and history. In Siberia is, above all, a humane book, and offers a unique look at a harsh, but beautiful land, and the long-suffering people who inhabit it.
Posted by Paco at 11:29 PM

'...the hierarchical, half-magic trust of its forefathers, the natural way to be.”

Yeah many/most of these 'traditional Russians' seem to support Putinism.

Q: What if most of the world don't want freedom? Where does that leave us few who do?

An absolutely first-rate question, Bruce, and I'll go you one more: what if it turns out, eventually, that most of the people in this country are willing to give up freedom for a spurious government-guaranteed security? What happens when democracy becomes the enemy of liberty?