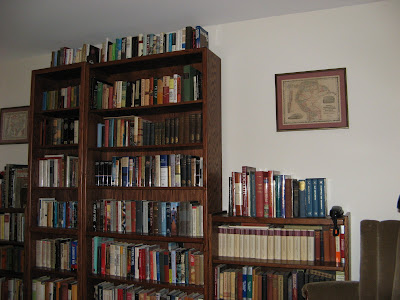 James Gould Cozzens was an American author who specialized in writing novels about professions. He had a knack for getting inside the workings of the law, the clergy and the military – greatly assisted, in this last, by his WWII service with the old Army Air Forces. His book, Guard of Honor, which covers three days in September of 1943 at an air base in the fictional town of Ocanara, Florida, won the Pulitzer Prize in 1949.

One might suspect that a WWII-era novel set in Florida would not be particularly enthralling, but one would be wrong. Guard delves deep into the psychology of the characters as they interact with each other within the maze of military bureaucracy to handle a series of incidents, chief of which is a potentially explosive situation involving an irate white officer who strikes, and injures, a black pilot. The pilot in question had landed a bomber at the field in a dangerous fashion, nearly killing the commanding general and his crew, who were flying in for a landing in their AT-7. Other events include the suicide of a burnt-out, alcoholic colonel; a near mutiny by black pilots (quelled, at least partly, by their own injured commanding officer); an easily-recognizable liberal agitator (a vain, arrogant and preposterous lieutenant) who seeks to fan what, at least ostensibly, seems like a racially-motivated incident, into a Historical Moment; and the plan of a colonel, gifted at making a hash of things, to stage an enormous birthday celebration for the new commanding general. At the center of practically everything is Colonel Ross – a peace-time judge who brings a lifetime of wisdom to bear on a host of problems, great and small. The novel will undoubtedly trigger a sense of personal recognition for readers who have had military experience, and perhaps the greatest of many insights provided by the author is the ability of something as occasionally maddening as a war-time bureaucracy, at the end of the day, to still get the job done.

In passing – which really doesn’t do the book justice – I will also mention Cozzens’ 1942 novel, The Just and the Unjust, the story of a murder trial. It is one of the most interesting courtroom dramas I have ever read, and is suffused with the author’s penetrating psychological insights, factual accuracy and marvelous characterizations.
Posted by Paco at 7:18 PM

I'm off to Amazon and Alibris to see what I can find.