Government employee of the year

"Police Officer Who Cooked Meth In Government Lab Also Had Sex While On Duty, Engaged In Attendance Fraud".

Attaboy, Chris! You hit the trifecta!

Update: Dang! Looks like the Yankee government's gonna stay open a while longer.
Posted by Paco at 7:48 PM 2 comments:

Man, I could have used a scale like that when I took statistics in college.
Posted by Paco at 7:35 AM 2 comments:

Well, he's an expert on the subject, so he ought to know

President Obama warned the UN yesterday about "false prophets and fallen empires".
Posted by Paco at 7:39 AM 3 comments:

Gee, grandma, what a big gun you have

Makes perfect sense, particularly as our civil society continues to break down. I'm too old to fight and too out of shape to run, but I have no trouble pulling a trigger if need be.

Speaking of which, I recently purchased a Ruger LC9S Pro (a striker-fired pocket pistol chambered in 9mm) and took it to the range yesterday. A sweet little pistol which I highly recommend for those occasions when concealment is key. I put a hundred rounds through the thing and was greatly impressed by its light trigger pull, low recoil, reliability and accuracy.
Posted by Paco at 7:28 AM 3 comments:

Boehner's alienation of conservatives was only part of his problem

And here's something I was surprised to learn: "Boehner’s chief healthcare staffer was the sister of the President of StemExpress, the group profiting from harvesting children’s organs".
Posted by Paco at 7:19 AM 4 comments:

Behold the mighty king of the jungle.

Gun oil: because it's important to keep your, er, gun well lubricated.

Reminds me of the slogan Old Paco came up with for his garbage company: "Satisfaction guaranteed or double your trash back". 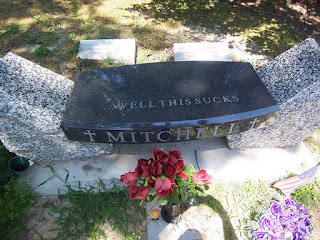 John Boehner gets a standing ovation

Boehner was facing the distinct possibility of being driven from the speaker’s chair, anyway. As a colleague of mine put it, rather than face execution, he hanged himself in his cell.

I imagine the guy can still do some damage, though, since his resignation from the House isn’t effective until the end of October. Who knows? Now that he no longer has to worry about his future legislative career, he may simply openly throw in with the Democrats. I believe that to be unlikely, however, or at least, unsuccessful if attempted. As the chief of the House Republicans, his warriors were already deserting him in droves. As a lame duck (to quote Archie Bunker), he could rub liver on his behind and cats wouldn’t follow him; leaguing himself with Democrats might reduce his remaining GOP support to practically nothing.

In any event, things just got a whole lot more interesting.

Another stealth move by Obama

Under cover of the media's focus on the Pope's visit, Obama released another terrorist from GITMO - over the objections of six security agencies.

A little over two years to go before we are done with this execrable excuse for a president. I hope we make it.
Posted by Paco at 7:54 AM 5 comments:

The GOP leadership continues its long march to the elephant graveyard

One of the stupidest things the so-called "leaders" in the Senate and House ever did was take the idea of a government shutdown off the table. As Ted Cruz has pointed out, this virtually guarantees that the White House gets everything it wants.
Posted by Paco at 7:37 AM 1 comment:

Mark Steyn marvels at Europe's cultural suicide.
Posted by Paco at 7:31 AM 1 comment:

I think this may have something to do with natural selection

Donald Trump's grandfather seems to have had quite a gaudy career during the Klondike gold rush (many thanks to Captain Heinrichs for sending along this fascinating article).
Posted by Paco at 6:37 PM 4 comments:

The Weeping Orange recently related to a Politico reporter what it's like doing the people's work in Washington: “Garbage men get used to the smell of bad garbage."

The thing is, John, that trash haulers actually perform a public service by removing stuff that is an eyesore and a stench in the nostrils of the people. You, on the other hand, seem to have just settled into the refuse, where you wallow contentedly like a hog in his beloved mud.

Boehner also had this to say: "I came to Washington to fight for a smaller, less costly and more accountable government.” Well, that looks like three strikes right there, buddy. Why are you still standing at the plate?

Some conservatives have complained that he doles out punishment to conservatives who cross him; Boehner said that’s not his style.

“I don’t believe in rewarding bad behavior,” he said. “That’s a much better way of saying it.”

Bad behavior? You mean like trying to accomplish what the voters sent them to Washington to do?

Weak, stupid and petty. Exactly the kind of leadership that is leading to the destruction of the Republican Party.
Posted by Paco at 11:17 AM 4 comments:

Isn’t it not only possible, but clearly demonstrable, that anti-capitalist regimes can be far more oppressive than free societies?
Posted by Paco at 9:34 PM 4 comments:

Isn’t it generally a good idea for people in positions of influence to know what they’re talking about before opining publicly?
Posted by Paco at 9:34 PM 7 comments:

You are aware, aren’t you, that the doctrine of papal infallibility does not extend to your views on climate change?
Posted by Paco at 9:33 PM 3 comments:

The harrowing car chase scene (or train chase scene, if you prefer) from The French Connection.

Your best bets for successful home protection against criminals: being armed or being Dolf Lundgren. 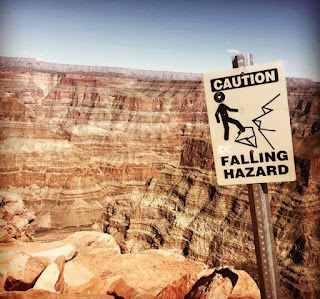 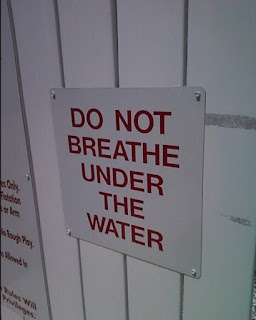 A musician's only as good as his tools.

Key and Peele in "Terrorist Sandwiches"...

That big "H" in Hillary's logo also stands for hypocrisy

Hillary Clinton and her phony crusade for women.
Posted by Paco at 9:56 AM 3 comments:

Although practically forgotten today, Abe Lyman was a very popular band leader from the 1920s through the 1940s. In the early 1940s, Abe Lyman and his orchestra, the Californians, recorded several wide-open, frantic swing numbers, of which my personal favorite is a big-band boogie called Swing Tonic.

No, no, no, no, NO (WARNING: imagery conjured up by this metaphor may lead to depression, seizures, nausea, heart failure or thoughts of suicide).
Posted by Paco at 9:31 PM 7 comments:

A little jumpy, aren't we?

"White House briefly on lock down after scare over 'unattended package' - that turned out to be a coffee mug."

I'll bet they were terrified - and with good reason.
Posted by Paco at 9:03 PM 3 comments:

Were the Nazis meth-heads?

Might have been, according to writer Norman Ohler.
Posted by Paco at 8:55 PM 3 comments:

The initiative draws on research from University of Chicago economist Richard Thaler and Harvard law school professor Cass Sunstein, who was also dubbed Obama’s regulatory czar. The two behavioral scientists argued in their 2008 book “Nudge” that government policies can be designed in a way that “nudges” citizens towards certain behaviors and choices.

Just remember: this is how your government sees you.

No doubt, whether they want to or not.

Obama doesn't care about what "most Americans want"

Like Obama Care and lax immigration enforcement, the Iran deal is largely unpopular with the people. But what are the opinions of tens of millions of citizens when weighed against the vision of our jug-headed philosopher-king? (Incidentally, the photo at the linked article makes Barry look like the cover guy of Mad Magazine. They obviously share the same motto: "What, me worry?")
Posted by Paco at 7:42 AM 6 comments:

It's not just an American phenomenon: Malcolm Turnbull has displaced Tony Abbott as Australian Prime Minister.
Posted by Paco at 7:28 AM 8 comments:

Perhaps, in the future, the moron portion of society will be reduced to some manageable fraction

But we're still a long way off. Spotted in the parking lot at the supermarket:

State of the Union

Also from the Captain: swift justice for whining incompetents.

That is one, er, hot trombone man.

We're closin' the week out with a little number called the Slim Slam Boogie (featuring Slim Gaillard and Slam Stewart).

How many reincarnations does one get...

(Via Ed Driscoll, currently posting at Instapundit)
Posted by Paco at 6:04 PM 1 comment:

So when will we begin to see Leni Riefenstahl-type night-time marches with the letter "H" appearing in flaming torches?

"In order to attend a recent Hillary Clinton presidential campaign event in Ohio, voters were required to sign a loyalty pledge..."
Posted by Paco at 7:44 AM 6 comments:

One of the upsides to climate change

"The next time you pat your dog on the head, take a minute to appreciate that the shape of your furry friend, and maybe even her relationship to you, came about because of the effects of a changing climate on her ancestors millions of years ago."

So, apparently, climate change is the reason the one on the left isn't the other one's lunch. 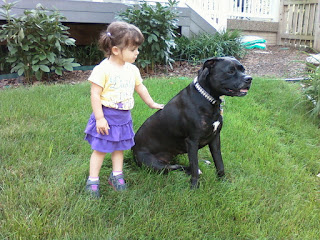 Or maybe he can just win in a walk: "Bernie Sanders has jumped out to a nine-point lead over Hillary Clinton in New Hampshire, 41-32." And Sanders - wanna-be Great White Father - received a warm welcome when he paid a visit to the Meskwaki Nation in Iowa.

Hillary's by no means down for the count, however. I mean, who really knows how big the cult vote is?
Posted by Paco at 2:11 PM 4 comments:

Betty Davis is up to no good in one of my favorite old movies, The Letter (based on the Somerset Maugham story of the same name).

One Jaxi West (if that is, indeed, her real name) recently Tweeted that the murder of Texas deputy Darren Goforth is "what justice looks like".

The wonderful thing about Twitter, of course, is that one can't control the responses to one's idiotic pronouncements.
Posted by Paco at 6:16 PM 3 comments:

Six of one, half a dozen of the other. Increasingly fungible and homogeneous.

For example: purported Republican, Colin Powell, thinks the Iran deal is a good idea.
Posted by Paco at 6:16 PM 2 comments:

I'm all in favor of bringing back fedoras, but, um, this is not what I had in mind.

Jack Benny is tried for the murder of a...rooster. Never fear, though, because he has the best lawyer in town.

That other, lesser known convenience store... 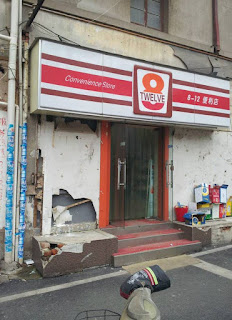 Exercise is dangerous to your health.

Watching the Obama and Clinton factions working against each other is like witnessing a gang war unfold. Given the lawlessness of both Obama and the Clintons, very much like a gang war; I keep waiting for something like a St. Valentine's Day massacre.
Posted by Paco at 7:33 AM 11 comments:

This is another reason everyone should learn Spanish

So that bank robbers can be spared anglo-centric humiliation.
Posted by Paco at 7:35 AM 3 comments:

Democrat Rep. Patrick Murphy believes that the Iran deal will bring "peace in our time".
Posted by Paco at 7:42 AM 8 comments: